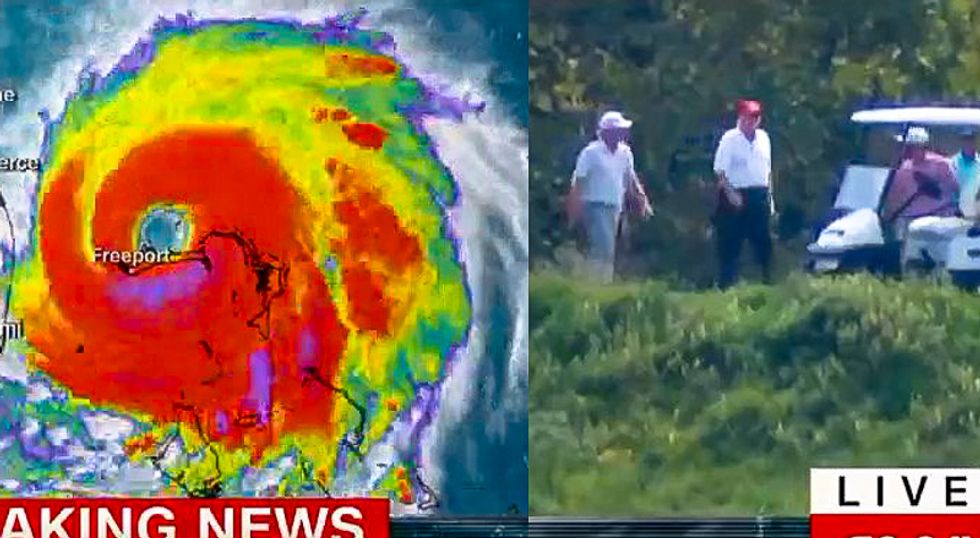 The president of the United States returned to the White House from Trump National Golf Club on Saturday -- and launched yet another inaccurate rant about the press.

In a tweet lacking in any self-awareness, Donald Trump complained about the press needing to have the last word as he repeated his lie that Hurricane Dorian threatened Alabama last Sunday.

"The failing New York Times stated, in an article written by Obama flunky Peter Baker (who lovingly wrote Obama book), 'Even after the President forecast the storm to include Alabama.' This is not true. I said, very early, that it may hit Alabama," Trump argued. "A big difference...fake news."

In reality, Trump said Alabama "will most likely be hit (much) harder than anticipated."

Trump's lie was fact-checked within 20 minutes by his own government, but that has not stopped Trump from repeating the lie all week.

Trump also complained that the media fact-checked him as he lied about what happened for seven days.

"I would like very much to stop referring to this ridiculous story, but the lamestream media just won’t let it alone," Trump argued.

"They always have to have the last word, even though they know they are defrauding and deceiving the public," Trump inaccurately claimed.