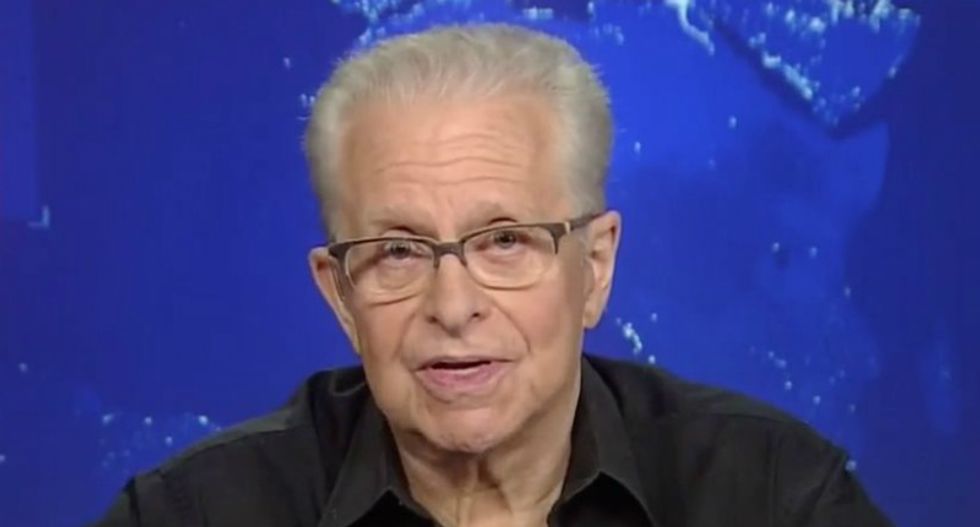 Vice President Mike Pence's stay at Trump International Golf Links and Hotel in Doonbeg during his trip to Ireland was due to logistical and security reasons, according to Pence's chief of staff. But that, coupled with President Trump's recent comments indicating that he wants to hold next year's G-7 summit at his Doral golf resort in Miami, amount to violations of the U.S. Constitution, according to constitutional law expert Laurence Tribe.

In a tweet fired off this Tuesday morning, Tribe reminded Trump that there are "TWO Emoluments Clauses."

"The one you’re violating when you line your pocket by having Pence stay at your resort & commute is the Domestic EC," Tribe wrote. "The one you’re planning to violate by having the G7 stay at the Doral w/out Congress’s consent is the Foreign EC.”

Memo to POTUS: There are TWO Emoluments Clauses. The one you’re violating when you line your pocket by having Pence… https://t.co/RXx9ORmX2x
— Laurence Tribe (@Laurence Tribe) 1567510234.0

In a subsequent tweet, Tribe explained why the two ECs he cited were enacted.

Tribe went on to point out that even approval from Congress wouldn't prevent such an egregious violation of the Constitution.

"...it’s an absolute prohibition against adding from other federal accounts to augment the president’s official salary with $ benefits. Will anyone care?"

In another tweet, Tribe wrote that getting Pence and his staff "to stay at the Trump property on Ireland’s west coast & commute daily to & from the meetings on Ireland’s east coast —all to line Trump’s pocket — isn’t just a waste of tax $. It violates the Article II Domestic Emoluments Clause."

In a tweet from yesterday, conservative commentator and frequent Trump critic David Frum wrote that Pence's stay at Trump's resort in Ireland is a scheme to "put cash in the boss’s pocket."