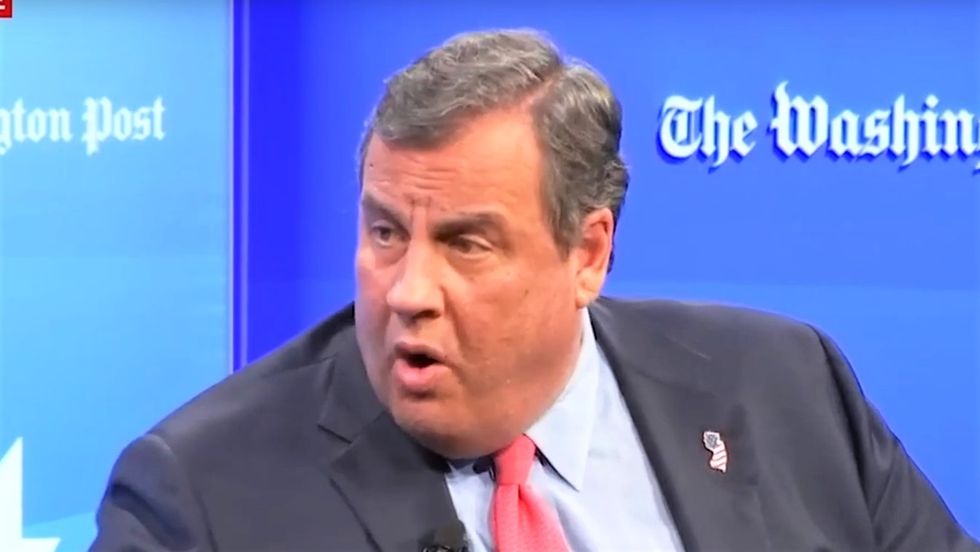 On CNN Thursday, former Gov. Chris Christie (R-NJ) appeared on "Cuomo Prime Time" to talk about his new organization to promote political civility — somewhat ironically, for a governor whose administration deliberately caused traffic jams in a town whose mayor wouldn't endorse him.

While on, Christie offered his take on why President Donald Trump cannot stop bringing up his claim that Hurricane Dorian threatened Alabama, even after weather officials have said he is wrong and even after he was ruthlessly mocked for his Sharpie stunt.

"This is part of the symptom," said Christie. "The fight never ends. The president feels like he's under siege constantly so he'll never stop fighting. The media says they feel like they're under siege from the president. The Congress feels like they're under siege. They won't stop fighting. And what is getting lost is the real concerns of real Americans who want the government to operate. At the local level, the state level or the local level."

"People are never taking their uniforms off. We're never sitting down where the uniform is off," said Christie.

"Since when does a president making a mistake about where a hurricane goes — I could literally waste my whole time telling you things that he said, it is not our job to let it go," said Cuomo. "It is our job to expose it. We've just never dealt with somebody before who refuses to admit when he's wrong. What are we supposed to do?"

"I think everybody's gotten out of hand," said Christie, dodging a direct answer.