Trump's racist attacks on immigrants are a serious turnoff for younger evangelicals: study 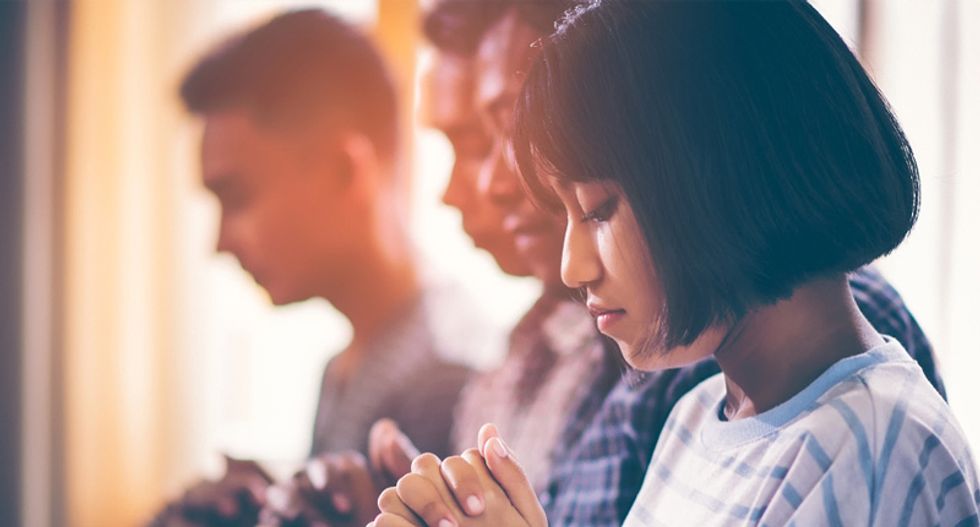 A new study from the Voter Study Group has found a big generation gap between younger evangelical Christians and their older, Trump-loving counterparts.

As reported by Sojourners, the study found that while young evangelicals are more likely to support President Donald Trump than young people overall, the intensity of their support is vastly less than the support from older evangelicals.

A big reason for this, reports Sojourners, is Trump's attacks on immigrants.

"Immigration issues are the biggest dividing factor between young white evangelicals and older evangelicals," the publication reports. "While older white evangelicals buy into Trump's message, younger ones reject it, citing racial, ethnic, and religious diversity as a normal part of their everyday life rather than a reason to panic."

Washington Post columnist Elizabeth Bruenig traveled to Texas earlier this year and found that evangelicals' support for Trump stemmed from an apocalyptic view of cultural and demographic change in the United States. In fact, evangelicals' fear of modern American culture is so strong, Bruenig found, that many evangelicals don't want to have Mike Pence become president because they worry he's too nice.

However, the survey from the Voter Study Group indicates that this deep-seated fear of American culture is not as common among younger evangelicals, who also said in other surveys they are more concerned with issues such as climate change compared to their elder counterparts.

Biden takes the fight to Trump

Over the weekend, Donald Trump held a huge indoor rally in Arizona, called "Rally to Protect Our Elections," which in all likelihood will end up being a super-spreader event since so many of his followers are anti-vaccine and anti-mask. They showed up in great numbers, dressed in their flamboyant MAGA gear, excited and thrilled to be in the presence of their leader.

Trump made passing reference to the vaccines in his endless speech, taking credit for them and telling people he thinks they should get them but then going out of his way to say he respects those who choose not to do it. Of course, the crowd really only cheered the latter.