UAW strike ‘threatens to upend the economy in Michigan’ — and could destroy Trump’s re-election: report 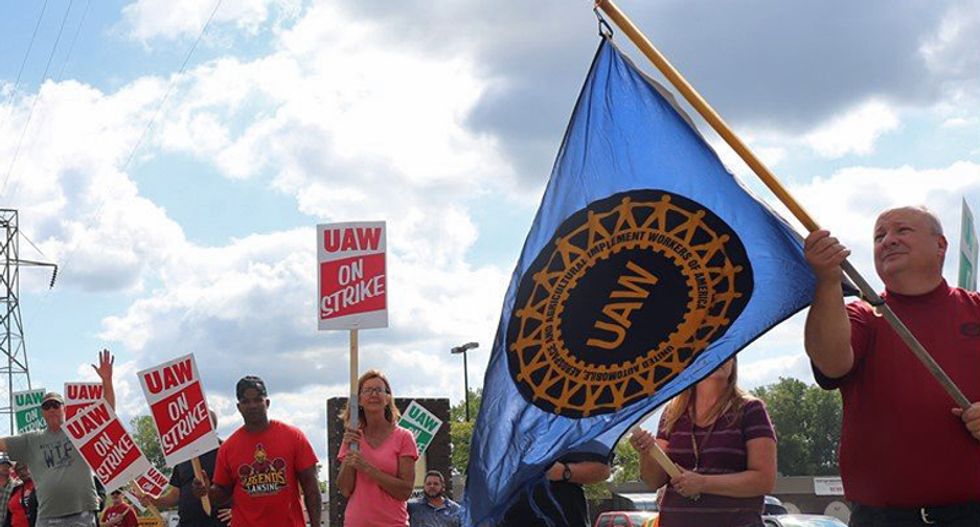 At the end of the first week of a major strike by the United Auto Workers, the employment standoff threatens to upend President Donald Trump's 2020 re-election map, the Chicago Times reported Saturday.

Approximately 46,000 workers have been striking against General Motors.

There are two major threats to Trump's campaign from the strike.

The first is that the strike could cause regional recessions -- threatening Trump's political standing in key Rust Belt states.

Patrick Anderson, the CEO of the Anderson Economic Group, says the impacts are already being felt.

"If this strike goes into a second week, you're going to see parts of Michigan go into a recession," Anderson predicted. "Parts of Michigan are feeling it today. You're already seeing losses in income and people cutting back on their spending."

The second challenge for Trump is that the longer the strike goes on, the more pressure will build for him to pick a side.

"Trump is in a bind. Backing the union would undermine Trump's message that labor does not advocate for its workers and give a powerful Democratic force a boost before an election," the Tribune explained. "Siding with GM would call into question his promises to defend workers and he would risk getting blamed for economic woes in Rust Belt states he needs to win reelection."

Meanwhile, Democrats are siding with the workers.