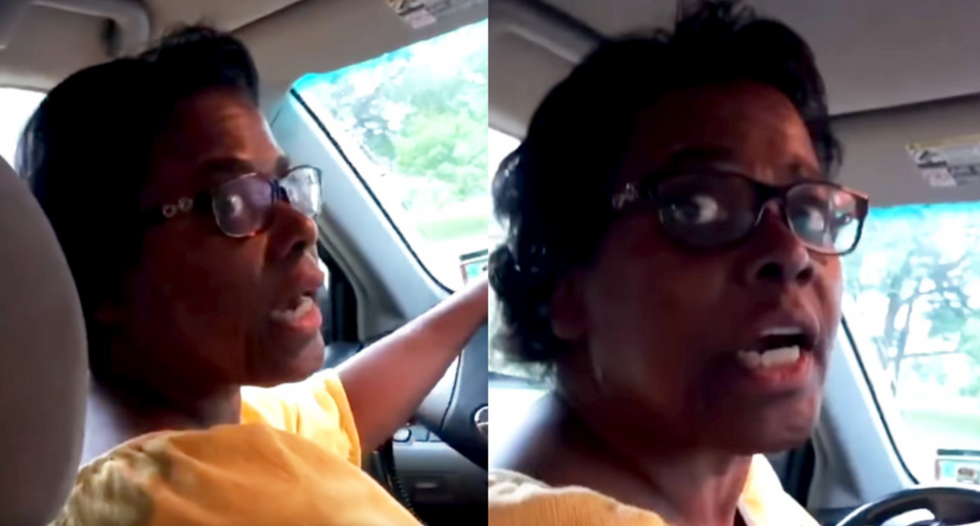 After a woman complained that she and her girlfriend were kicked out of a car for being gay, an Uber driver has been banned from the app by the company, NBC Philadelphia reports.

Kristin Gauthier, who captured the incident on video, said she and her girlfriend were trying to get to a concert in Oaklyn, New Jersey, when the driver saw her give her partner a kiss on the cheek, which caused the driver to become enraged.

The driver then pulled over to the side of the road and asked the couple to get out.

"She said, 'You're together. You're not allowed in my car. I'm not gonna drive you,'" Gauthier told NBC Philadelphia, adding that the driver told the women that her Christian beliefs didn't condone same-sex relationships. That's when Gauthier started recording.

"Are you kicking me out because I'm gay?" Gauthier says in the video.

At one point, the driver reaches back and tries to swat Gauthier's phone away.

"I can reject any ride I want," the driver said as the confrontation continued to escalate.

Uber disagrees. In a statement, Uber spokesman Grant Klinzman said that Uber "does not tolerate discrimination" and has banned the driver from its app.

Watch the full confrontation below, uploaded to YouTube by NJ.com: