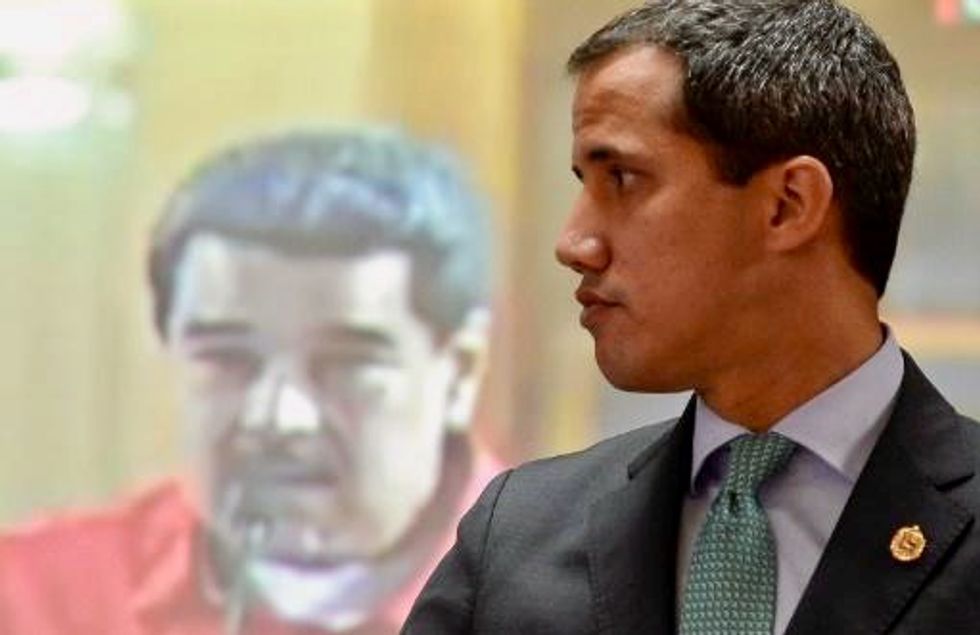 The UN Human Rights Council on Friday voted to send a team of investigators to probe alleged violations, including extrajudicial executions and torture, in crisis-wracked Venezuela.

The country's President Nicolas Maduro faces mounting pressure from world powers who accuse him of violently cracking down on dissent over Venezuela's economic collapse in recent years.

A resolution tabled by more than a dozen countries from Latin America and elsewhere was adopted by the 47-member council with 19 votes in favor, seven opposed and 21 abstaining.

It called for the UN's top rights body to "dispatch urgently an independent international fact-finding mission" to Venezuela.

The mission, the text said, should "investigate extrajudicial executions, enforced disappearances, arbitrary detentions and torture and other cruel, inhumane or degrading treatment" in Venezuela since 2014.

The one-year mission should carry out its investigation "with a view to ensuring full accountability for perpetrators and justice for victims," said the text, which also received the backing of the European Union.

Venezuelan Ambassador Jorge Valero slammed the resolution as a "hostile initiative", and said his country had no intention of cooperating with the new probe.

"Imposing additional monitoring mechanisms will never enjoy the consent of my country and our people," he told the council.

Even when they are not granted access to a country, UN investigators can nonetheless carry out probes from abroad, as has been the case with investigations into abuses in Syria and Myanmar.

The investigative team will be expected to present a report to the council in a year.

Venezuela is caught in an economic crisis and a political standoff between Maduro's government and National Assembly leader Juan Guaido.

The oil-rich country suffers from hyperinflation and shortages of basic goods from food to medicine, a crisis that has forced some 3.6 million people to flee since 2016.

Maduro blames the United States and its allies for the crisis, accusing them of meddling.

Friday's vote came amid growing pressure on Venezuela over rights abuses in the country.

The European Union on Friday imposed sanctions on seven Venezuelan intelligence officials for alleged grave rights violations, including the torture and killing of a renegade captain.

And on Thursday, US President Donald Trump tightened American sanctions on Maduro's regime, suspending senior members of the Venezuelan government from entering the United States.

Friday's UN resolution deplored "the systematic abuse of state institutions... accelerating the erosion of the rule of law and of democratic institutions" in Venezuela.

It also urged Caracas to release all "political prisoners" and voiced "grave concern" over UN rights office findings in July which suggested that many of the more than 6,000 killings in alleged confrontations with state forces since early 2018 may in fact have been "executions".

"When violations of this gravity and scale are reported to us, we must respond in an equally serious manner," British Ambassador Julian Braithwaite, whose country backed the resolution, told the council before the vote.

The resolution "sends a clear message to the Venezuelan authorities that they will eventually be held accountable for their crimes," Human Rights Watch's American director Jose Miguel Vivanco said in a statement.

"This is a victory for victims, who are one step closer to seeing those responsible for years of abuse brought to justice."

Valero meanwhile maintained that the countries behind Friday's resolution were seeking to hinder the country's budding cooperation with UN rights chief Michelle Bachelet and her office.

A week ago, she and Venezuelan Foreign Minister Jorge Arreaza signed a Memorandum of Understanding establishing "a framework for future discussion and cooperation".

Among other things it would enable two UN rights officers to settle in the country, and be given access to places of detention.

Bachelet, a former president of Chile, herself had appeared reluctant to back the establishment of a UN investigative body.

The UN rights chief, who recently visited Venezuela and has been working to set up an office there, told journalists earlier this month that her main priority was to establish a monitoring and reporting presence in the country.