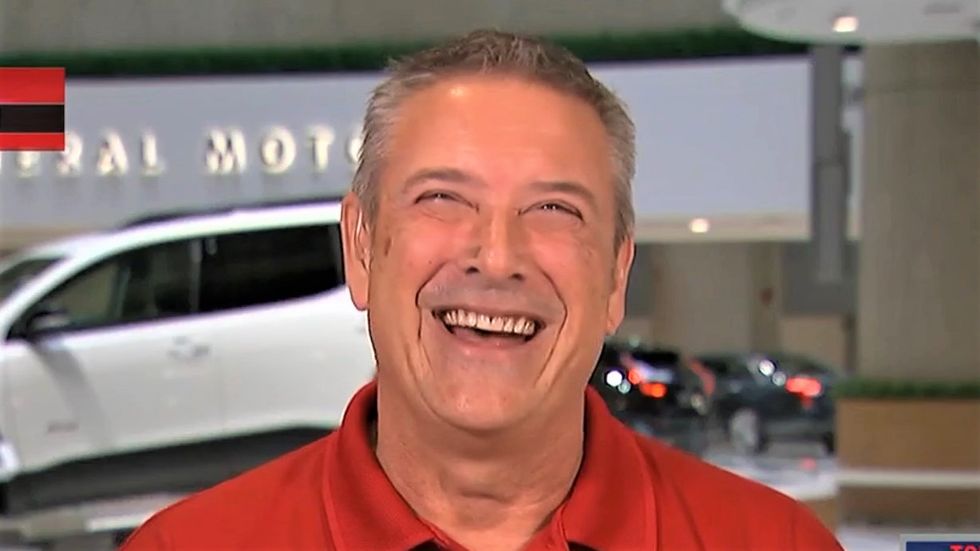 Chuck Browning, an official with the United Auto Workers, could not help holding back laughter when MSNBC's Hallie Jackson on Monday asked if he'd like to see President Donald Trump serve as a mediator in his union's negotiations with General Motors.

During an interview about the reasons for the strike at GM, Jackson noted to Browning that Trump had sent out a tweet this week urging GM and the UAW to "get together and make a deal."

"Do you think President Trump would be a good mediator in these talks?" she asked. "Is that something you'd like to see?"

"We have our hands full with General Motors right now and that's who we're going to concentrate on," he replied as a smile broke out on his face and he started to laugh.