US foreign services officers were panicked over loss of Ukraine aid as Trump used it for Biden dirt: Ex-Defense official 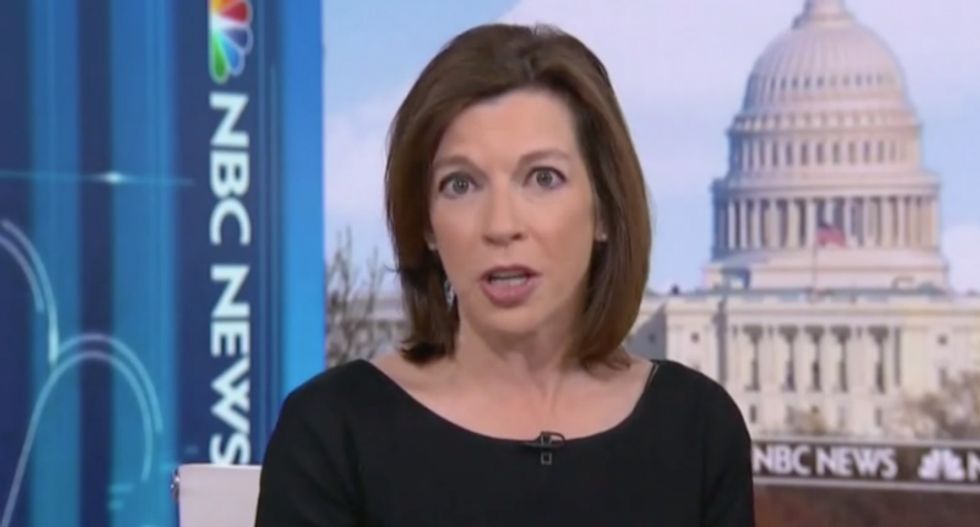 "I think it's important for people to understand that when Donald Trump is making — asking for favors, I mean, he's punching way down," said Reid. "You wrote a piece that talked about the fact we aid Ukraine to fight Russia. Ukraine is, as you said, in a hot war with Russia. They are not in a position to say no to their biggest supplier of aid."

"Not at all," said Farkas. "And the other thing I think that's really important about this whole whistleblower thing and people coming forward and getting worked up is the timeline, because that money for Ukraine, it was authorized and appropriated by Congress. The fiscal year ends September 30. I was in Tbilisi, Georgia, Republic of Georgia, as you know, Joy, recently, and I had foreign service officers coming up to me, 'Evelyn, can you help unglue this money?' Nobody knew why it was stuck," said Farkas. "I called over to the Hill and said, 'Hey, guys,' to the appropriators, 'Can you guys look into this?' They said 'We're already on it.'"

"So the money would have run out, if they could have gotten it reappropriated for another year, there would have been a lag, and as I said and pointed out in the Washington Post piece which will come out in print tomorrow, that they're fighting a hot war, they need this stuff."