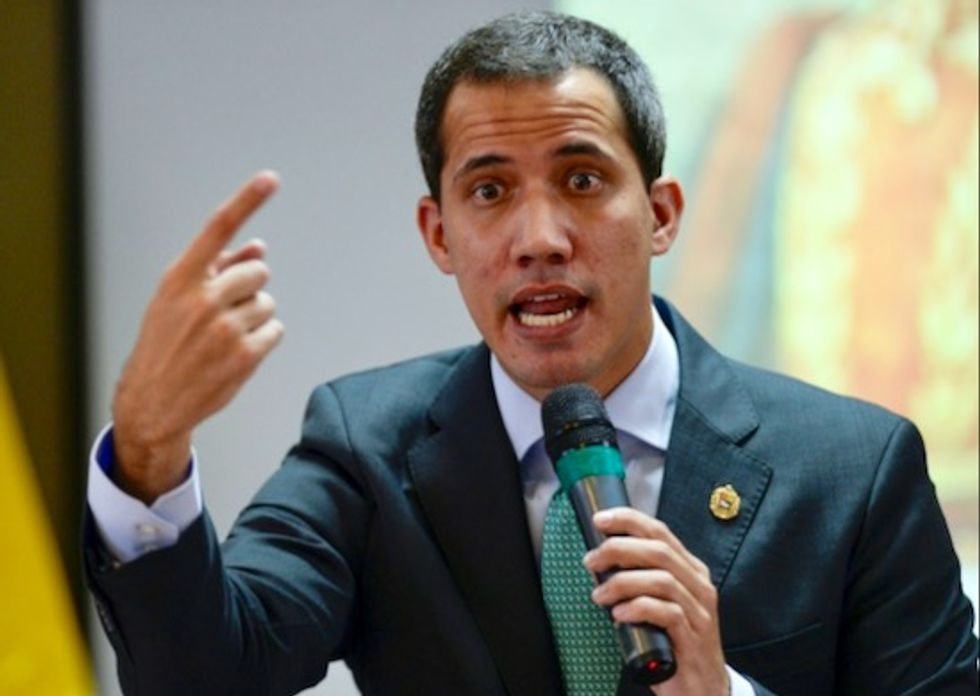 Juan Guaido, the National Assembly speaker recognized as Venezuela's interim president by more than 50 countries, is being investigated for negotiating to drop Caracas' territorial claim on Guyana AFP / Matias Delacroix

Venezuelan prosecutors said Friday they would charge opposition leader Juan Guaido with "high treason" for planning to renounce the country's claim to a disputed border area controlled by Guyana.

Guaido, the National Assembly speaker who is recognized as interim president by more than 50 countries, is being investigated for negotiating to renounce "the historical claim our country has on the territory of Esequibo," Attorney General Tarek William Saab told reporters.

State prosecutors successfully petitioned the country's all-powerful Constituent Assembly to lift Guaido's parliamentary immunity in April. He already faces several other charges, including one of "usurping the functions of the president".

Guaido has remained free, however, and continues to rally support against President Nicolas Maduro.

Guaido's main international sponsor, the United States, has warned Venezuelan authorities against any attempt to arrest him.

Maduro appeared on television on Thursday to call on prosecutors to file treason charges on Guaido for allegedly plotting to hand over Esequibo to multinational companies.

The case is based on audio recordings purported to involve a US administration official urging an advisor to Guaido to "deliver the Esequibo" to Exxon Mobil and other multinationals, according to the Maduro government.

The resource-rich 61,600 square mile (159,000 square kilometer) territory is the subject of a longstanding border dispute, exacerbated in 2015 by a "significant" oil discovery announced by Exxon Mobil. The oil company's exploration deal with Guyana angered Venezuela, which reasserted its territorial claim.

"We have initiated an investigation," Saab said in a televised press conference, of Guaido's involvement "in an illegal negotiation behind the country's back that intends to withdraw the historical claim our country has on the territory of Esequibo."

"The facts imply a crime of treason," he said.

It is Latin America's biggest remaining territorial dispute. If Venezuela's claim were to win out, Guyana -- the former British Guiana -- would lose more than half its territory.