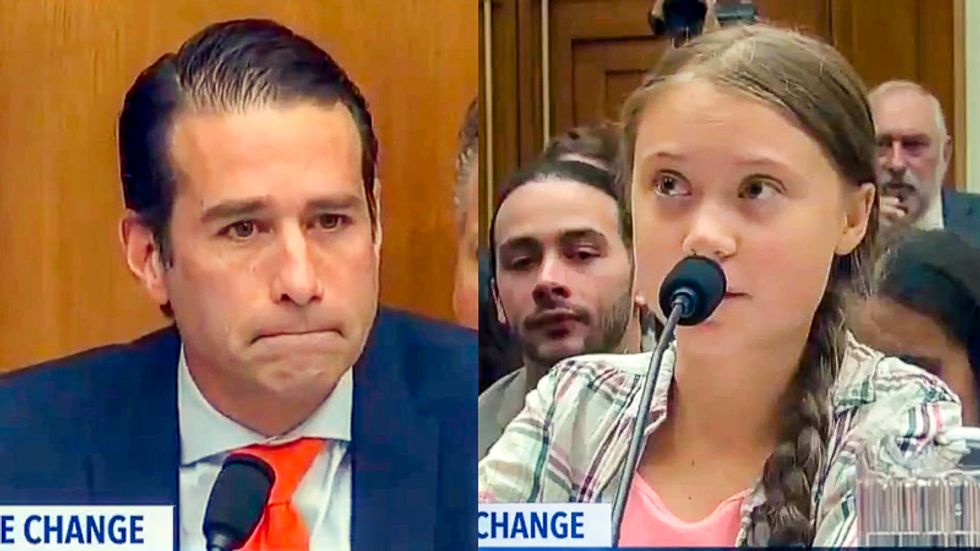 Greta Thunberg, a 16-year-old Swedish climate activist, faced off with members of Congress on Wednesday.

In a hearing before the House Select Committee on the Climate Crisis, Thunberg declined to submit a written opening statement.

Republican Rep. Garret Graves of Louisiana tried to make the point that the U.S. should not curb its carbon emissions until other countries agreed to do so.

"Let me ask you a question," Graves said. "If you were sailing across the ocean and you were picking up trash along the way and for every one piece of trash you pick up, there's a boat right next to you dumping out five pieces, how would that make you feel?"

But it wasn't clear if Graves understood Thunberg's remarks.

"That's the important point here," the lawmaker said. "I think we need to be focusing on the countries that are dumping trash in the ocean. Of course that's a metaphor."