WATCH: Arizona cop justifies pulling black man over for an air freshener -- then asks if he has 'cocaine or heroin' 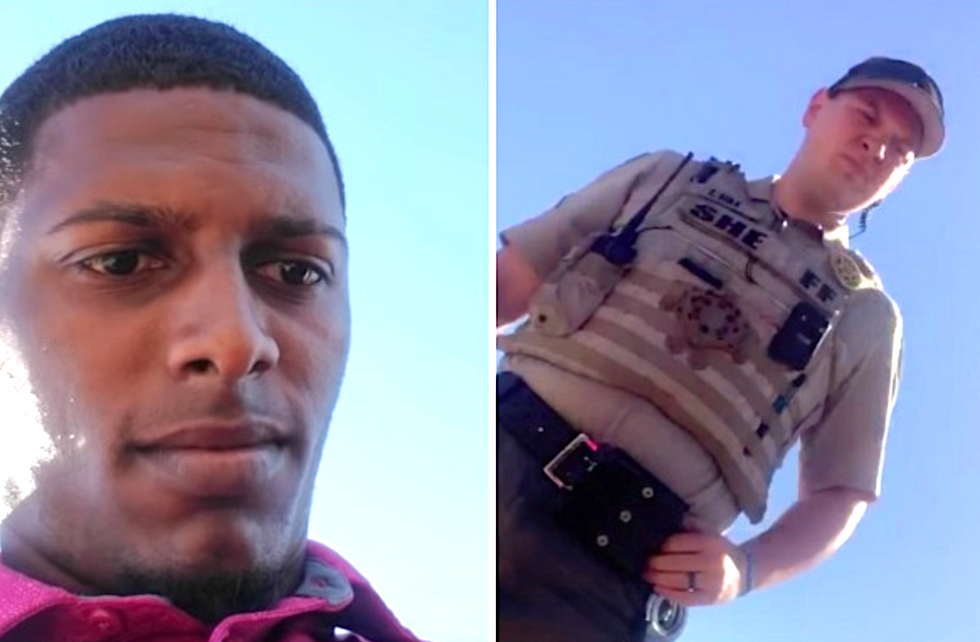 On September 19, Phillip Colbert was driving down an Arizona highway when he noticed that a La Paz County sheriff's deputy was following him, even though he was staying under the speed limit. As the officer continued to trail him, Colbert took out his cellphone and began recording before the officer finally pulled him over, the Phoenix New Times reports.

According to the video recorded by Colbert, which has now been viewed thousands of times on YouTube, Deputy E. Max can be heard telling him that he was pulled over because of an air freshener that was dangling from his rear-view mirror.

The encounter became increasingly tense as Max began accusing Colbert of being "deceptive," asking him up to eight times if he smokes marijuana, to which Colbert repeatedly replied no.

After asking Colbert what his father does for work, Max then asked if he has any cocaine or heroin and tried to get him to submit to a field sobriety test and vehicle search.

"I denied any of the sobriety tests," Colbert told Phoenix New Times. "I denied him checking the car, because I felt as soon as he checked the car, he was going to try to put something in there."

In the end, Colbert was not arrested and didn't receive a ticket. An additional video shared with New Times shows Max walking up from his patrol vehicle and telling Colbert he was going to let him off with a warning. Colbert said the encounter took up about 40 minutes of his day, and that he has since filed two complaints with the La Paz County Sheriff's Office, but hasn't heard back. Colbert said he's also been in touch with a lawyer in Phoenix regarding the incident.

In a statement to the Times, Captain Curt Bagby from the La Paz County Sheriff's Office said that the matter is currently under investigation.

"There are too many violations in the Arizona Revised Statutes for us to monitor everything Deputies pull people over for; I’m not sure specifically about air fresheners, [but] I know Officers will pull people over if their view is obstructed," Bagby said. "We definitely don’t want to have a 'knee jerk' reaction to this, we want to make sure we do everything properly. I won’t be the one doing the investigation so I don’t know all of the specifics yet."

Watch the Colbert's video below: