WATCH: Bill Maher warns Donald Trump ‘has no moral compass – and no compass’ 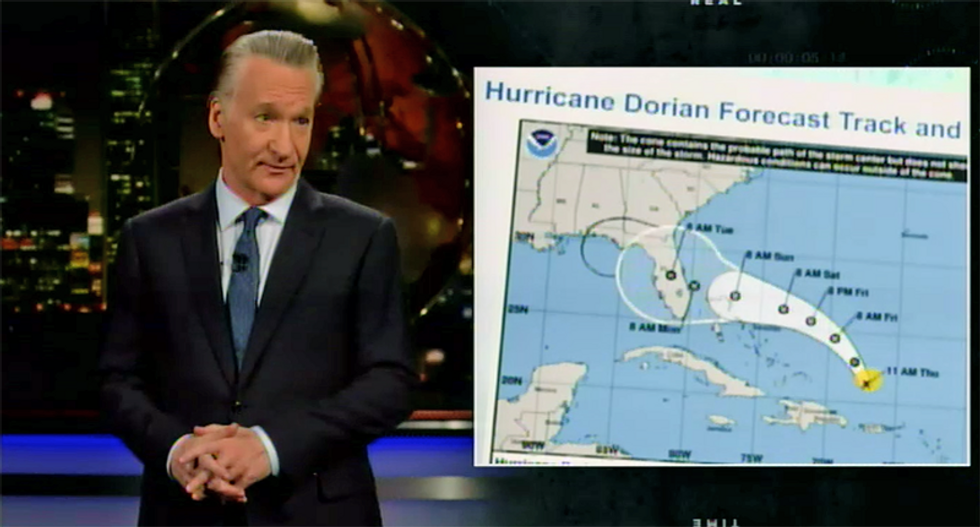 The host noted that Trump had a planned trip to Poland, but canceled to watch TV about the storm.

"Trump did not go on the trip, he said he had to stay and monitor the storm – and he went golfing," Maher noted.

“Trump, because he’s an excitable, house-bound senior citizen, when it was starting up, saw on the TV – where he gets all his information – that it was about to hit Alabama, so he told everyone in Alabama to run for their lives and then of course it wasn’t going anywhere near Alabama, but because he can never be wrong, he doctored the map, free-hand with a Sharpie, to win a fight about a brain-fart he had five days ago," he argued.

"And that’s when he went under the tent for the concussion protocol," he added.

"He has no moral compass – and no compass," he said. "We laugh, wait until he does it with the election map."

“If this guy were president of a different country, we would bomb it," Maher added.