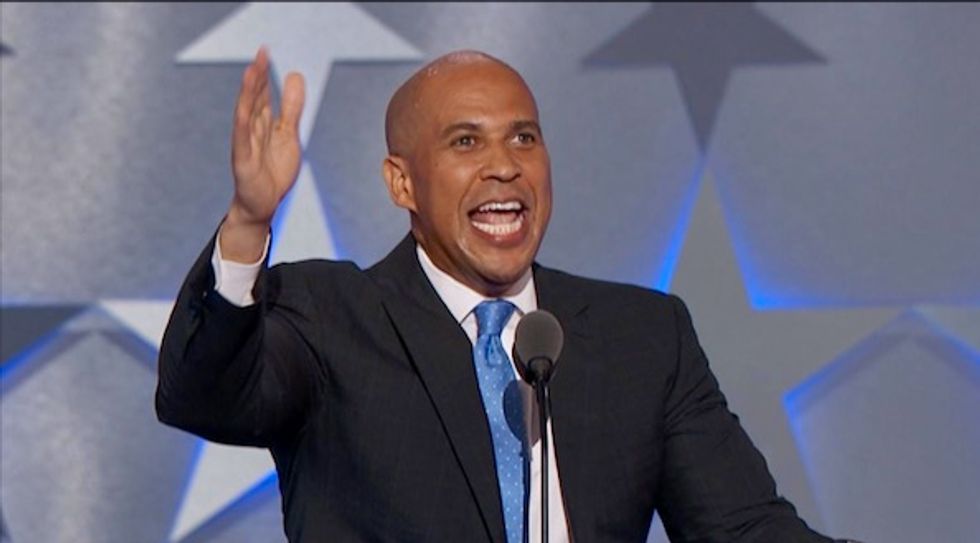 On the stage at Texas Southern University in Houston, Sen. Cory Booker (D-NJ) explained that the racial problems in America go far deeper than President Donald Trump — and how we must define the scope of the issue.

"We know Donald Trump's a racist, but there's no red badge of courage for calling him that," said Booker. "Racism exists. The question isn't who isn't a racist, it's who is and isn't doing something about racism. And this is not just an issue that started yesterday, it's not just an issue that we hear a president that can't condemn white supremacy. We have systemic racism that's eroding our nation from health care to the criminal justice system."

"It's nice to go back to slavery, but we have a criminal justice system that is so racially biased, we have more African-Americans under criminal supervision today than all the slaves in 1850," said Booker. "We have to come at this issue attacking systemic racism, having the courage to call it out and having a plan to do something about it. If I am president of the United States, we will create an office in the White House to deal with the problem of white supremacy and hate crimes."

"And we will make sure that systemic racism is dealt with in substantive plans from criminal justice reform to the disparities in health care to even one that we don't talk about enough, which is the racism that we see in environmental injustice in communities of color all around this country," said Booker.