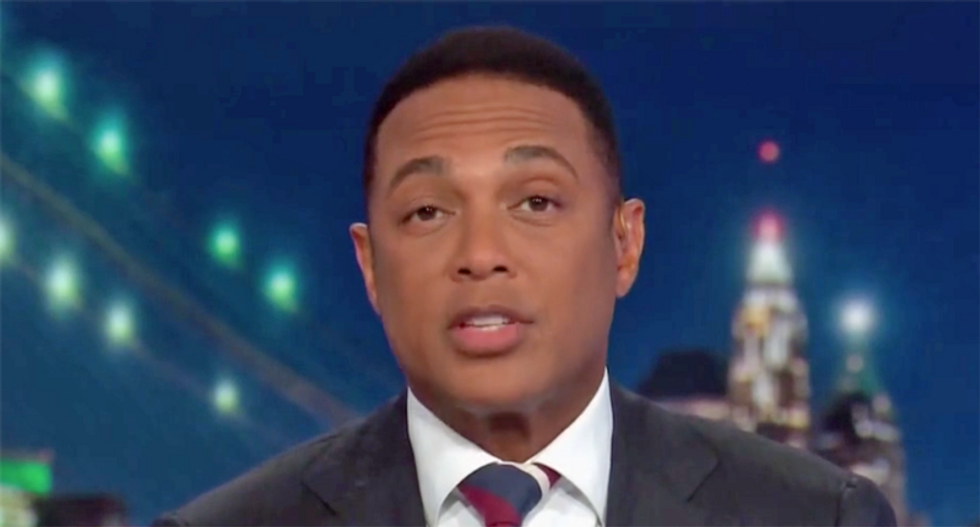 CNN anchor Don Lemon wondered why it is that President Donald Trump believes people of color "owe him" public praise on Monday.

"And you may have thought that this president’s Twitter meltdowns, his anger, his demands for loyalty no matter what, you know, loyalty no matter what to him, that it couldn’t get any worse, right? I want you to think about this. Over the last few days, he has really hit a new low," Lemon reported.

"Everything now is about this president’s ego," he said. "Everything."

"And then there’s the president’s Twitter tear about the criminal justice reform bill. It’s a worthy bill and he did sign it into law. But it seems what he really cares about is getting credit for it, getting credit for everything, accolades," Lemon said.

The host put the tweets on-screen.

"Look at that. He called out John Legend, Chrissy Teigen — that’s his wife by the way. They’re a married couple. Even NBC’s Lester Holt, not married to them, which it’s got to make you wonder does he think people of color owe him praise?" Lemon asked. "And does he expect them to give him a pass for all the other things he said?"