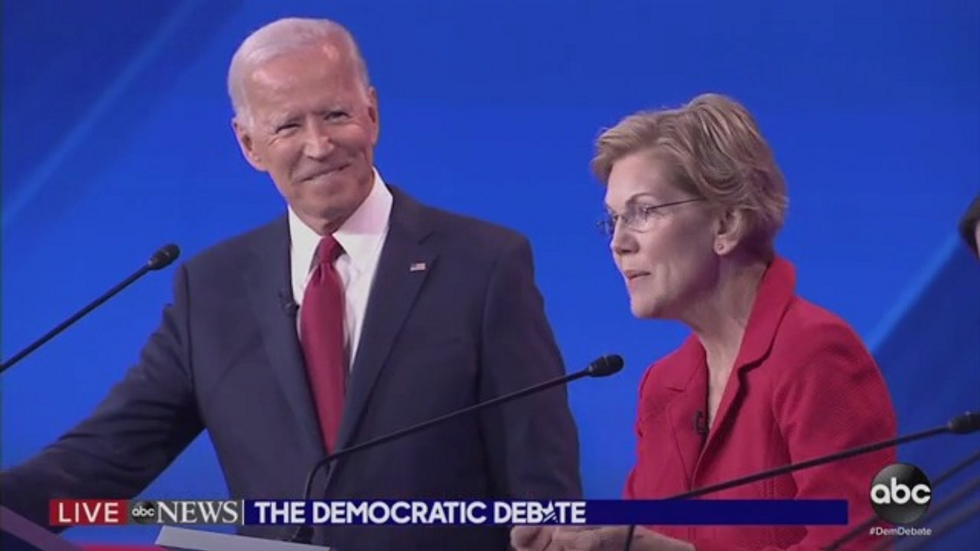 At the Democratic debate in Houston, former Vice President Joe Biden and Sen. Elizabeth Warren (D-MA) clashed over the future of health care policy in the United States.

"I know that the senator says she’s for Bernie, well, I’m for Barack. I think the Obamacare worked," said Biden. "My distinguished friend, the senator on my left, has not indicated how she pays for it and the senator has, in fact, come forward and said how he’s going to pay for it, but hit gets him halfway there. There’s a lot of things that need to be done. I have a bold plan to make sure we triple the money for at-risk schools that are title one schools, from $15 to $45 billion a year, but I go down the line and these are things we’re talking about, I lay out how I can pay for it, how I can get it done and why it’s better."

"Let’s be clear about health care," said Warren. "And let’s actually start where vice president did. We all owe a huge debt to President Obama, who fundamentally transformed health care in America and committed this country to health care for every human being. And now the question is, how best can we improve on it? And I believe the best way we can do that is we make sure that everybody gets covered by health care at the lowest possible cost. How do we pay for it? We pay for it, those at the very top, the richest individuals and the biggest corporations, are going to pay more. And middle class families are going to pay less. That’s how this is going to work."