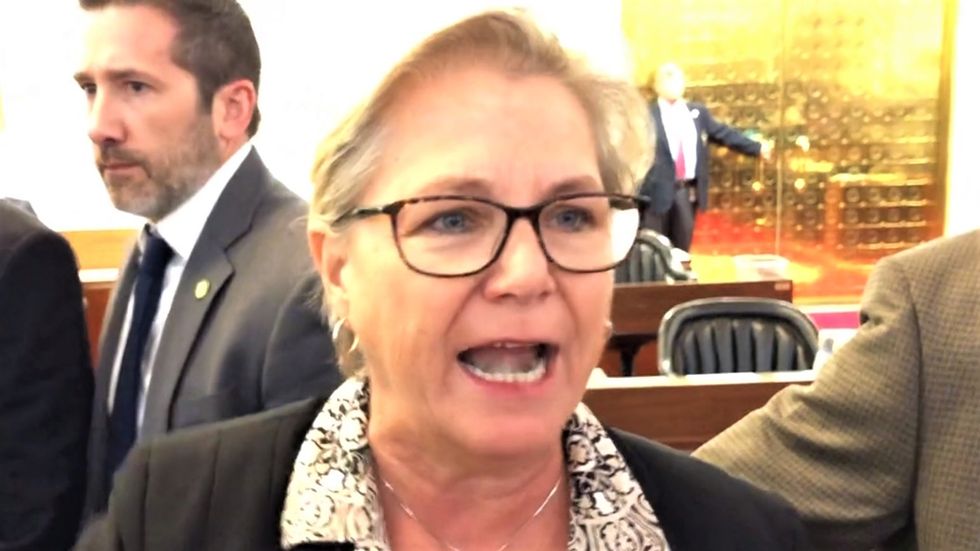 The North Carolina GOP held the vote despite the fact that nearly half of the state's lawmakers in the House were absent on Wednesday morning. According to Slate's Mark Joseph Stern, many of the lawmakers were absent because they were attending a ceremony commemorating the victims of the terrorist attacks that struck America on September 11th, 2001.

Rep. Deb Butler of North Carolina slammed Republicans for vetoing the budget while Democrats were at a 9/11 ceremony. #september11 #dirtytricks #ncleg #911

In response to this, Butler yelled at North Carolina House Speaker Tim Moore, who tried in vain to get her to yield the floor.

"You shall not do this to democracy in North Carolina!" she yelled. "How dare you do this, Mr. Speaker? I will not yield! I will not yield, Mr. Speaker!... How dare you subject this body to trickery, deceptive practices, hijacking the process! We have been here day and night for months defending what we believe! And you would submit this body to deception, trickery, deceit? It is so typical of the way you conduct yourself... if this is the way you believe democracy works, shame on you!"

Butler_966 from John Autry on Vimeo.