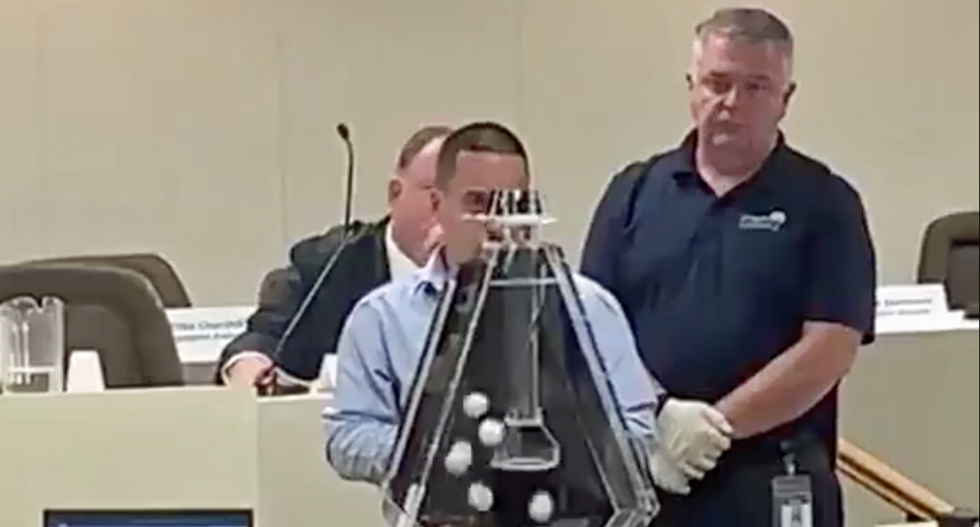 On September 3, a judge struck down the state's gerrymandered district maps and give the General Assembly two weeks to draw new lines.

Allison Riggs, a voting rights attorney for the Southern Coalition for Social Justice, posted a video on Twitter showing how the GOP was going about the task of redistricting.

"So this just happened. The Senate Redistricting Committee just brought in freaking lottery officials to randomly draw a map to satisfy their duty to remedy constitutional violations in the map they drew in 2017," Riggs said.

She added hashtags saying that was "not the legal standard" and "democracy dies in NC."