WATCH: Russia's ambassador explains why Trump has to get Putin's permission to release call transcripts 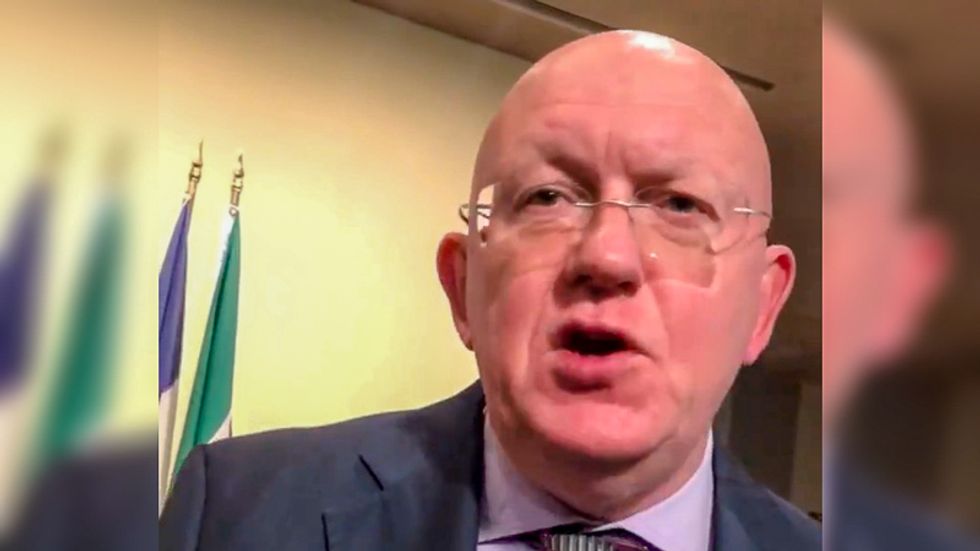 Russian ambassador to the United Nations Vasily Nebenzya confirmed on Monday the Kremlin position that President Donald Trump will need to get Russia's permission before publishing transcripts of calls with President Vladimir Putin.

Reuters first reported on Monday that the Kremlin has insisted that it must agree before Trump can release call transcripts to a House impeachment inquiry.

“Of course their publication is to some extent only possible by mutual agreement of the parties. This is a certain diplomatic practice,” Kremlin spokesman Dmitry Peskov said, according to the report.

Later on Monday at the United Nations, Nebenzya confirmed to CBS News that the Kremlin is not wavering on its position.

"The diplomatic practice suggests -- provides for a certain amount of confidentiality," he explained. "Whatever is published, whatever transcripts, they should be agreed upon by both sides. If they agree to publish them and coordinate it among themselves, that's one thing."

"If something is published without one side knowing about it, that's a little deviation from the Vienna Convention on Diplomatic Relations," Nebenzya added.