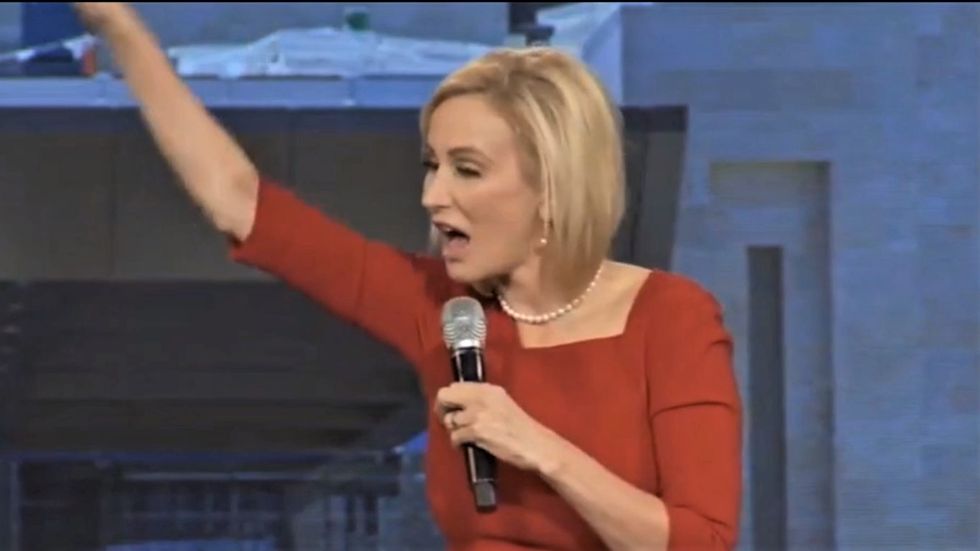 As reported by Right Wing Watch, White delivered a sermon last month at a church in California in which she boasted of her access to the White House and railed against multiple different culture war grievances.

During her sermon, White told parishioners that "the devil is doing a darn good job" of destroying America and pointed to sex education as a prime example of why.

"Right now, we’re fighting in California -- in third grade, in fifth grade -- they put certain things on certain vegetables and teach them how to insert them in certain parts of the anatomy," she thundered.

In an aside, White made bizarre claims about mobile app SnapChat, which she claimed was created to benefit human traffickers.

"SnapChat was created as the largest human trafficking because the greatest people on there were human traffickers because the FBI and intelligence could not do it because it's live and it's real time and they can track your kid in less than a second and take them," she said.

White then moved on to attacking proposals to give Americans free government-funded health care and higher education.

Paula White Dedicates the White House as 'Holy Ground' Sanctified by 'The Superior Blood of Jesus' from Right Wing Watch on Vimeo.