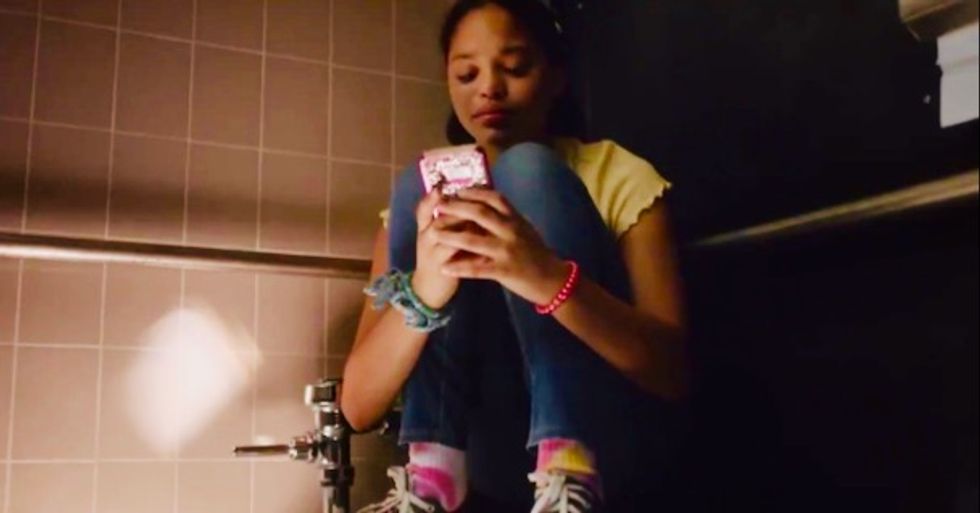 "When kids go back to school, they have plenty to worry about. They shouldn't also have to wonder if they're going to make it home."

A new PSA released Wednesday by the non-profit group Sandy Hook Promise showcases the reality children face as they head back to school—one marked not only by back-to-school shopping but by active shooter drills and fears that their school could be the next target of a mass shooting.

Formed in the wake of the 2012 shooting that killed 20 young children and seven adults in Newtown, Connecticut, Sandy Hook Promise aims to prevent gun deaths by lobbying for gun control measures like universal background checks and red flag laws.

The group also delivers programs to schools and communities to prevent gun violence and educate the public on identifying warning signs of a potential shooting.

As part of its "Know the Signs" campaign, Sandy Hook Promise released a video—along with a warning about its graphic content—featuring schoolchildren showing off their new school supplies and then using scissors, pencils, and other classroom items to protect themselves from a shooter who's entered their school.

In the video, children are seen using a jacket to tie a gymnasium door shut as others scream and run from the shooter in the background, holding up scissors in self-defense as the perpetrator lurks in a hallway outside a classroom, and finally using a cell phone to text, "I love you, Mom," while hiding in a bathroom stall as the shooter is heard entering the room.

"This PSA is a gut punch, it's uncomfortable, it's hard to watch, but you can't sanitize a school shooting," Mark Barden, a co-founder of Sandy Hook Promise who lost his son in the Newtown shooting. "My hope is that folks will see this and be inspired to take action."

The video was met with shock and praise from gun control advocates who are demanding that Congress take action to stop the epidemic of gun violence in the United States.

This sad and tragic video by my friends @sandyhook must be watched by everyone. Because of gun violence, and norma… https://t.co/KTDZl3w8vm
— Fred Guttenberg (@Fred Guttenberg) 1568816484.0

There have already been nearly 300 mass shootings in 2019, according to the Gun Violence Archive. In the first four months of the year, at least eight shootings took place at schools.

The Department of Education reports that about 96 percent of American public schools now hold active shooter drills in preparation for a potential shooting on campus.

Sandy Hook Promise released its video a week after Congress reconvened after a six-week recess. Senators returned to Washington with a universal background checks bill still waiting to be brought to the floor for debate by Senate Majority Leader Mitch McConnell (R-Ky.), seven months after the Democratic-led House passed the legislation.

McConnell said Tuesday that Congress is in "a holding pattern," waiting for President Donald Trump to signal that he will sign the bill if it's passed by the Senate.

Senate Minority Leader Chuck Schumer (D-N.Y.) told the Associated Press Wednesday, "This is the moment for the president to do something different and courageous."