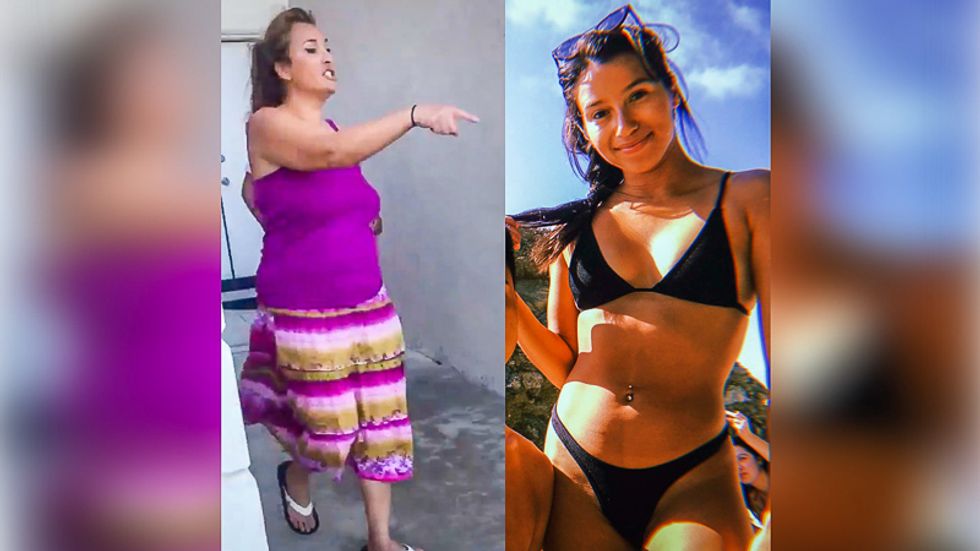 A woman was caught on camera excoriating a number of young people because one of them was wearing a bikini.

In a tweet on Tuesday, Twitter user @quuiincy said that he was on the way to a pool party with his friends when a woman began yelling at them.

"Why? What's wrong with what she's wearing?" one of the young men asks.

"It's inappropriate!" the woman yells.

"Show me some laws that say you can't wear that," the man says.

"Oh, I will!" the woman snaps back. "You know what, I worked really hard to move into this neighborhood, not to get it ruined by kids like you!"

"We're not affecting you," one of the young men replies. "We're not doing anything to you or your family."

"There's children who live here!" the woman screams before confronting the renter of the home where the pool party is being held.

"Are you the renter?" the woman asks. "She just put shorts on. She's walking around in one of those bikinis again."

"We just got here, ma'am," one man explains.

"This is the last time," the woman warns. "I will literally go to the one that rents you this home and I will go personally talk to them."

According to @quuiincy, the woman "shamed my friend because her husband was looking at her."

My friends and I were walking to a pool party and this lady aggressively called out my friend for wearing a bikini.… https://t.co/YwR1M8Pblr
— QUINCY (@QUINCY) 1567491331.0