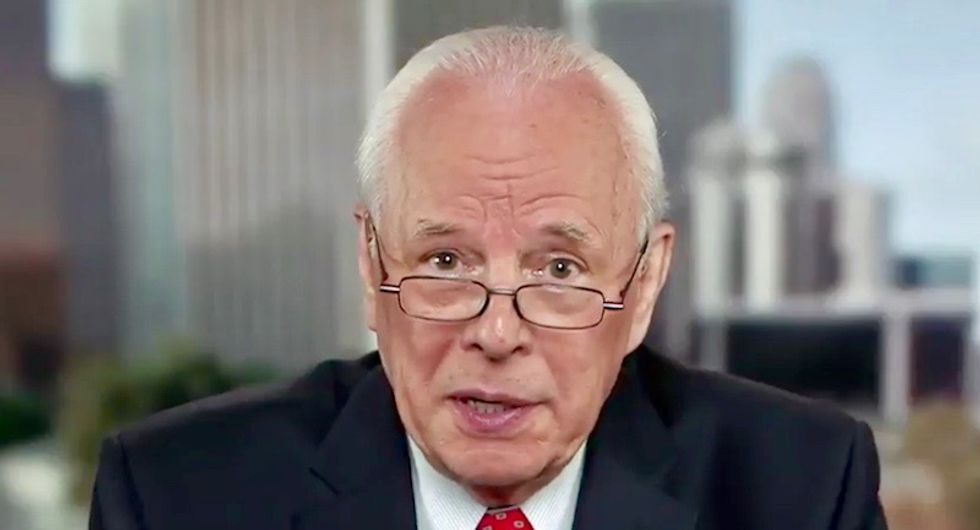 Former Nixon White House Counsel John Dean told CNN on Thursday that Trump lackey Corey Lewandowski shouldn't be breathing any sighs of relief after his appearance before the House Judiciary Committee devolved into a circus.

Specifically, Dean said that Lewandowski is nowhere close to being off the hook just because the committee has not yet held him in contempt of Congress, as it always takes the legislative branch time to level such charges.

"The House has never really set up a very streamlined system for contempt," he said. "Either when somebody denies a subpoena, ignores a subpoena, doesn't produce evidence, or, indeed is disrespectful, as Lewandowski was during his hearing, what happens is, they have to have a ruling of the committee first that the witness is in contempt. Then take that to the House of Representatives and the full house has to vote on it."

Dean said that he believes Lewandowski is still in big trouble, even if it takes Congress longer than it should to act.

"I don't think Lewandowski is going to skate on this one," he said. "I think he offended the committee. He was very infantile in his presentation."