'We want to show them we are serious': 16 youth activists file suit against major nations for failing to act on climate crisis 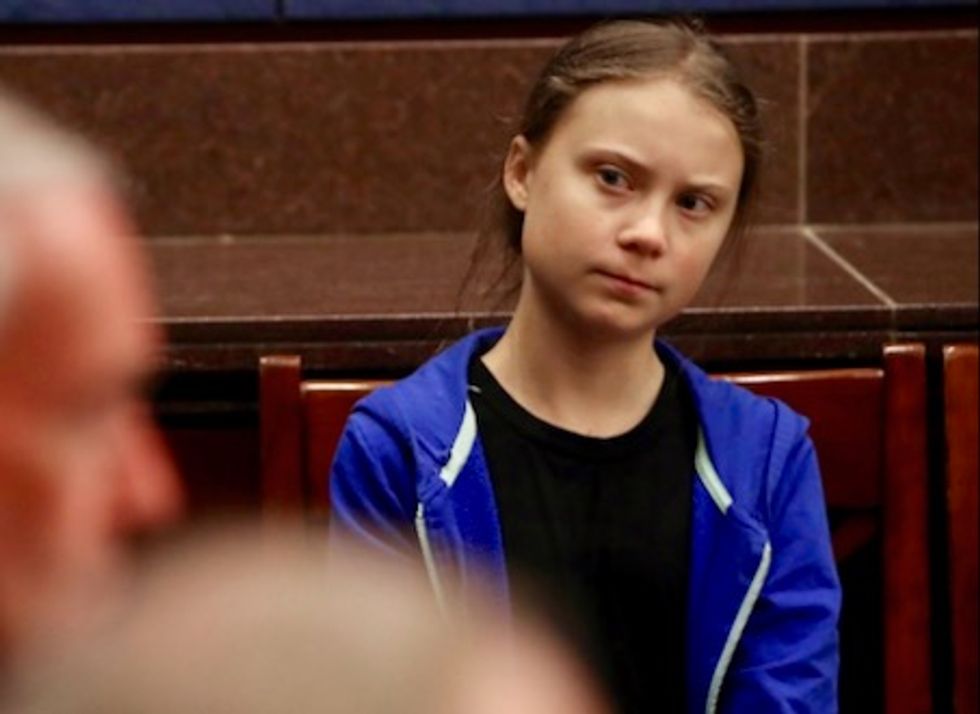 "The climate crisis is a children's rights crisis."

More than a dozen youth activists from around the globe filed a "groundbreaking" legal complaint on Monday accusing five major nations of violating the U.N. Convention on the Rights of the Child by failing to act on the climate crisis.

"I am standing in front of you because I care about my generation."

The United States and China, the world's biggest polluters, were not named in the lawsuit because they have not ratified the portion of the treaty that allows victims to pursue justice for alleged violations.

A total of 16 youth activists from 12 nations joined the legal action, including 11-year-old Ridhima Pandey from India, 17-year-old Ayakha Melithafa from South Africa, 14-year-old Alexandria Villaseñor from the U.S., and 16-year-old Greta Thunberg from Sweden.

"People who are older aren't paying as much attention because they will not be as affected," Melithafa said in a statement. "They don't take us children seriously, but we want to show them we are serious."

The complaint alleges the five nations' failure to act on the climate emergency constitutes a violation of the basic human rights of children around the world.

"The 1.1°C rise in global average temperature is presently causing devastating heat waves, forest fires, extreme weather patterns, floods, and sea level rise, infringing on the human rights of millions of people globally," says the complaint. "Because children are among the most vulnerable to these life-threatening impacts, physiologically and mentally, they will bear the burden of these harms far more and far longer than adults."

"Petitioners, children from around the world, already carry that burden," the complaint continues. "Climate change is exposing them to life-threatening dangers and harming their health and development. For the indigenous petitioners, their thousand-years-old cultures are threatened by climate change. The climate crisis is a children's rights crisis."

During a press conference unveiling the complaint, Carlos Manual, a 17-year-old petitioner from the island nation of Palau, said his community's "homes are being swallowed by the ocean" due to rising sea levels caused by a warming climate.

"I am standing in front of you because I care about my generation," said Manual.

Earther's Brian Kahn called the youth-led suit "potentially world-changing" because, if successful, "the United Nations would classify the climate crisis as a children's rights crisis."

"And more importantly," wrote Kahn, "it would compel Argentina, Brazil, France, Germany, and Turkey... to work with other nations to forge binding emissions' reduction targets, a sharp change from current international efforts that have so far basically rearranged the deck chairs on the Titanic."