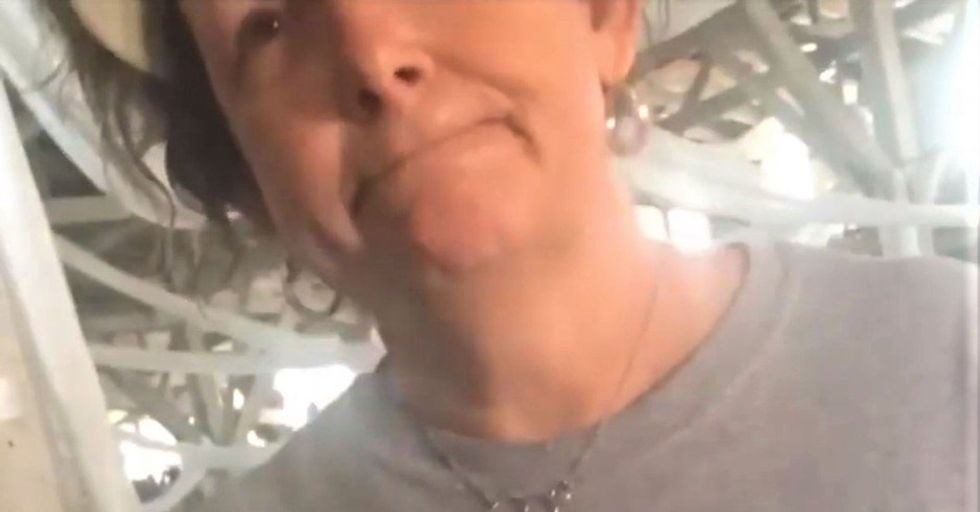 A white Mississippi wedding venue manager who was caught on camera claiming her Christian beliefs prohibited her from allowing an interracial couple or a same-sex couple to be married in her event hall is now apologizing, saying she misunderstood the Bible. But same-sex couples are apparently still excluded.

“First of all, we don’t do gay weddings or mixed race,” a Boone’s Camp Event Hall manager had told a woman wanting to book a wedding, in a video that went viral, “because of our Christian race, I mean, our Christian belief.”

After massive outrage, the venue posted a lengthy apology, to its Facebook page, as The Washington Post reports.

“To all of those offended, hurt or felt condemn by my statement I truly apologize to you for my ignorance in not knowing the truth about this,” the apology read. It has since been deleted, the Post notes. “My intent was never of racism, but to stand firm on what I ‘assumed’ was right concerning marriage.”

In a screenshot of the apology, someone from Boone’s Camp Event Hall says they spent Saturday and Sunday searching the Bible, and even “sitting down with my pastor” to find the verse that bans interracial marriages, and could not.

“I have come to the conclusion my decision which was based on what I thought was correct to be supported by The Bible was incorrect!”

“As my bible reads, there are 2 requirements for marriage and race has nothing to do with either!”

One of those requirements, presumably, is the couple must be “one man, one woman,” as the religious right likes to say, despite that same-sex couples have been legally allowed to marry in the U.S. for over four years.

Mississippi in 2016 passed a law that allows people to cite their “sincerely held religious beliefs or moral convictions” to discriminate against LGBTQ people.