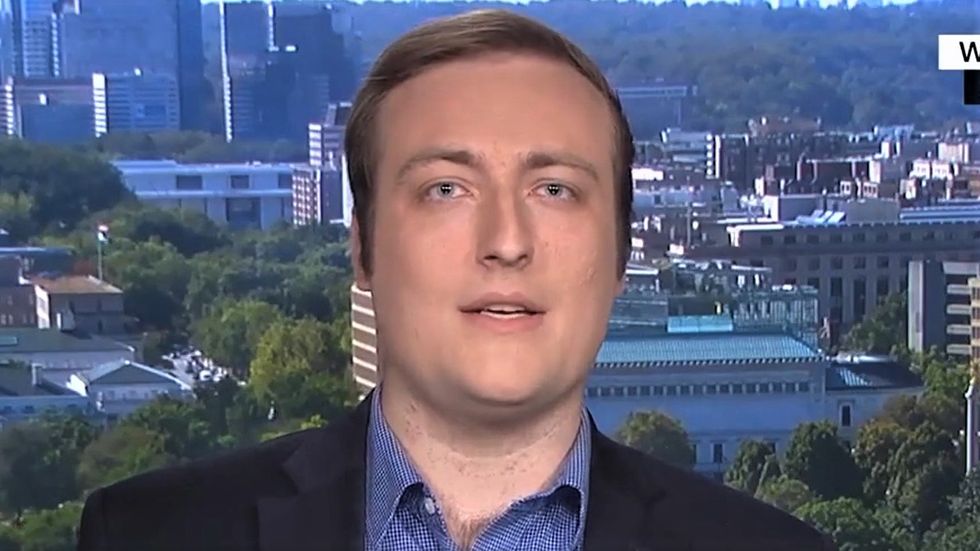 Irvin McCullough, who works at a nonprofit law firm that represents government whistleblowers, raked the Trump administration over the coals for how it's handled the complaint about the president's allegedly troubling call with a foreign leader.

In an interview with CNN's Erica Hill, McCullough, who is a national security analyst at the Government Accountability Project, said it was "entirely absurd" for the Trump White House and Department of Justice to intervene and block the intelligence community inspector general from sharing the whistleblower complaint with congressional intelligence committees.

"The intelligence community inspector general is an independent entity that can make these determinations by themselves," he said. "There is not supposed to be external pressure in any way placed upon the IG like this. The fact that the DOJ, the White House, the ODNI and the ODNI general counsel are weighing in is a body blow to the independence."

McCullough then said that Trump's acting director of national intelligence had placed Inspector General Michael Atkinson "between a rock and a hard place."

"The DNI has made it almost impossible, he says in the letter, to carry out the two prime functions of his job," McCullough explained.