Whistleblower pulled fire alarm on Trump from inside a White House on fire: Nicolle Wallace 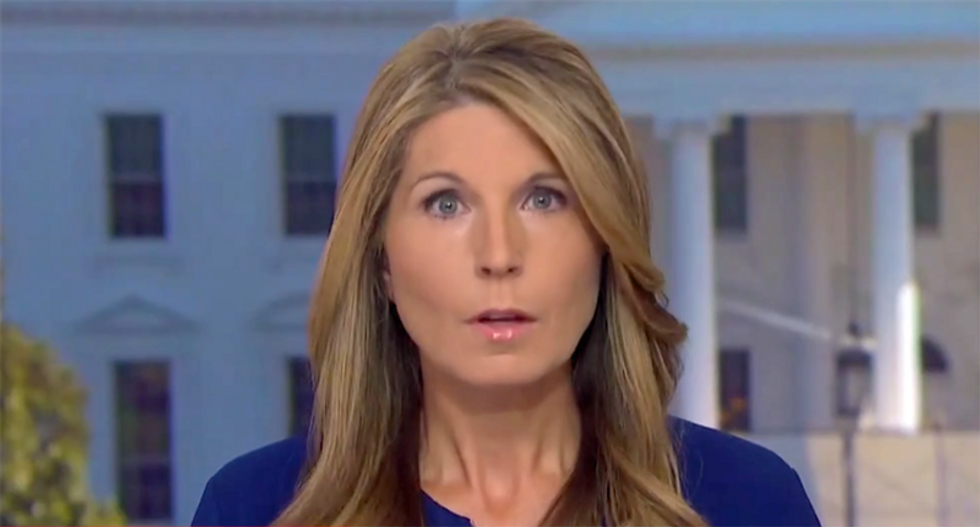 MSNBC anchor Nicolle Wallace on Thursday provided the context she felt was necessary to understand the allegations from a whistleblower against President Donald Trump.

"Blockbuster reporting from The Washington Post has triggered one of the highest stakes standoffs yet between the Trump Administration and Congress. New Washington Post reporting reveals for the very first time that the mysterious whistleblower complaint of the nationwide top intelligence agency involves an alleged presidential promise to a foreign leader," Wallace reported.

The host read a quote from the "stunning" story.

"The whistleblower complaint that has triggered a tense showdown between the U.S. intelligence community and Congress involves President Trump’s communications with a foreign leader, according to two former U.S. officials familiar with the matter," the story read.

Wallace, who served as White House communications director in the George W. Bush administration prior to her career in journalism, offered her analysis of the scandal.

"Before we dive into the specifics of this whistleblower’s case, let’s put this latest national security flashpoint in its proper context. In conversations with two former senior intelligence officials, it’s been pointed out to me today that this is another call from inside the Trump Administration," Wallace explained. "Put another way, it’s another fire alarm pulled from inside a house on fire, with presidential conduct so alarming that multiple national security officials have sounded similar alarms before this whistleblower case came to light."

Wallace reminded of the anonymous op-ed published in The New York Times last September by a "senior official" in the Trump administration.

"Take foreign policy: In public and in private, President Trump shows a preference for autocrats and dictators, such as President Vladimir Putin of Russia and North Korea’s leader, Kim Jong-un, and displays little genuine appreciation for the ties that bind us to allied, like-minded nations," the senior official wrote.