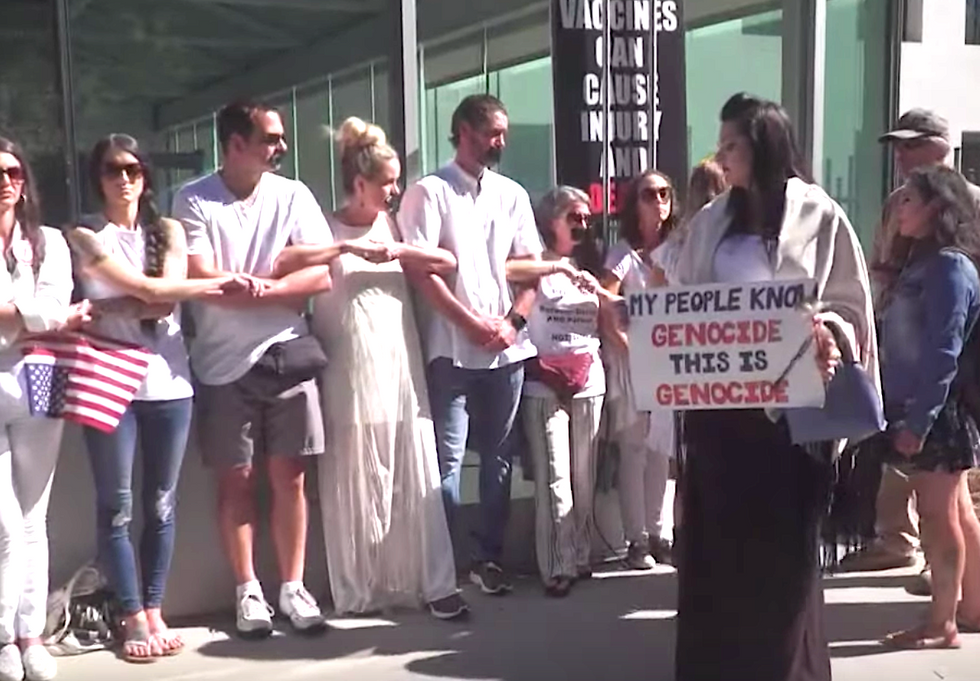 It was a scene meant to be reminiscent of the Civil Rights era: chants of “No segregation, no discrimination," T-shirts emblazoned with the moniker "Freedom Keepers," the sounds of "We Shall Overcome" emanating from the California state Capitol in Sacramento -- except the protest was led by mostly white people from affluent backgrounds who think vaccines are dangerous, POLITICO reports.

The protesters, who are adherents of the anti-vax movement, drew fire from lawmakers who represent minority communities. One lawmaker, Assemblywoman and Legislative Black Caucus member Sydney Kamlager-Dove (D-Los Angeles), said the rally was "borderline racist" and ignorant of history.

“This is misappropriation of a movement that really is not over and proves to be challenging to overcome,” Kamlager-Dove said. “The whole conversation around vaccinations is actually one about privilege and opportunity. It’s a personal choice. It's a luxury to be able to have a conversation about medical exemptions and about whether or not you think your child should be vaccinated.”

Four years ago, California eliminated personal belief exemptions for vaccines that were commonly utilized by anti-vaxxers. Now, new legislation in the state is taking aim at the last refuge for those opposed to vaccines: medical exemptions.

According to the California Department of Public Health, the number of unvaccinated children in homeschooling has skyrocketed since the state banned personal belief and religious exemptions in 2015. Students with personal belief exemptions in California schools were predominantly white and wealthy, according to a study by the American Public Health Association in 2015. Medical exemptions, intended for children with weakened immune systems, have surged since then — and are disproportionately white.

Gov. Gavin Newsom gave the anti-vaccine movement a brief window of hope in the penultimate week of legislative session when he demanded late amendments to the main medical exemption crackdown bill, Senate Bill 276. But the governor ultimately signed two measures to implement the law, adding fuel to the anger of the anti-vaccine movement. Protests continued for four days after Newsom signed the bills, with rhetoric growing ever more extreme.

The new legislation doesn't seek to eliminate medical exemptions all together; it only seeks to make the requirements for such exemptions stricter.

Making the civil rights era comparison all the more problematic are the demographics of anti-vaxxers, especially in Southern California. An analysis by POLITICO shows that while less than 25 percent of California public school students are white, an average of 55 percent of students are white in the state's 50 least vaccinated schools.

According to Assemblywoman Lorena Gonzalez (D-San Diego), there's another difference between the anti-vax protesters and the Civil Rights movement, and that's "privilege."

“I just want to point out, if constituents from my district waged months-long social harassment campaigns against a member, threatened them with death, harassed and threatened their family … then came to the Capitol and disrupted session for hours… they would definitely be arrested," she tweeted.