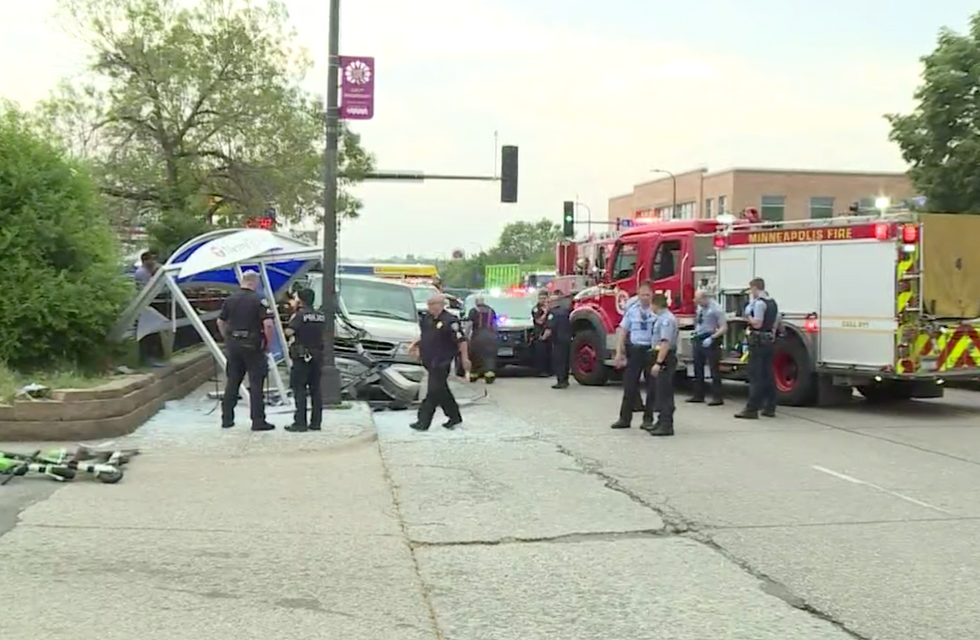 An 83-year-old man will finally face criminal charges after he crashed into a bus stop and injured five people, the Atlanta Black Star reports.

On July 6, George Jensen crashed into the bus shelter, causing three people to be rushed to the hospital in critical condition. All five of the victims were African American. Jensen is white. Local activists called on authorities to charge Jensen with attempted murder and expressed frustration that he was released from jail after the incident, but Hennepin County Attorney Mike Freeman said that his office “did not have the facts to charge something other than criminal vehicular operation," of which Jensen was charged with five counts.

Some witnesses claim that the crash was a "deliberate attack by a racist" who targeted the mostly black people who were waiting for the bus that day.

According to Freeman, Jensen likely won't face any jail time due to lack of evidence that the crash was deliberate. But local activist Spike Moss doesn't see it that way.

“This is just disrespect, blatant disrespect for African-American human beings, that’s what this is. No compassion, no concern,” Moss said, according to the Atlanta Black Star.

One witness told prosecutors that before the crash, Jensen pulled up in front of the bus stop and tried to talk to three women who were present, adding that it appeared he was "trying to pay one of the women," who allegedly rejected his offer. One of the women said in a statement that Jensen had been coming around for about three years, offering to pay the women $10 in exchange for their phone numbers.

Surveillance footage shows Jensen driving erratically before the crash, at one point sideswiping a bus, then backing up and slamming into it again before driving off. Prosecutors says the video then shows Jensen "tapping his brakes four times for no apparent reason as he veered between the two lanes" before jumping the curb and ultimately plowing into the bus stop.

From the Atlanta Black Star:

Jenson later told police that he’d accidentally hit the gas instead of the brakes, but couldn’t explain his reason for hitting the brake or why he veered onto the sidewalk. Additionally, the prosecutor’s office wrote that the Minnesota man acknowledged frequenting the area and that he “talks to one woman in particular, sometimes giving her money just to help her out.”

“I don’t know what he was engaged in … and it’s not my business to speculate,” Freeman told reporters. “And, frankly, it’s irrelevant to what happened in this case.”

Authorities confirmed the driver wasn’t under the influence of drugs or alcohol at the time of the crash.

Jensen is set to appear in court on September 23.

Watch KARE 11's report on the story below: