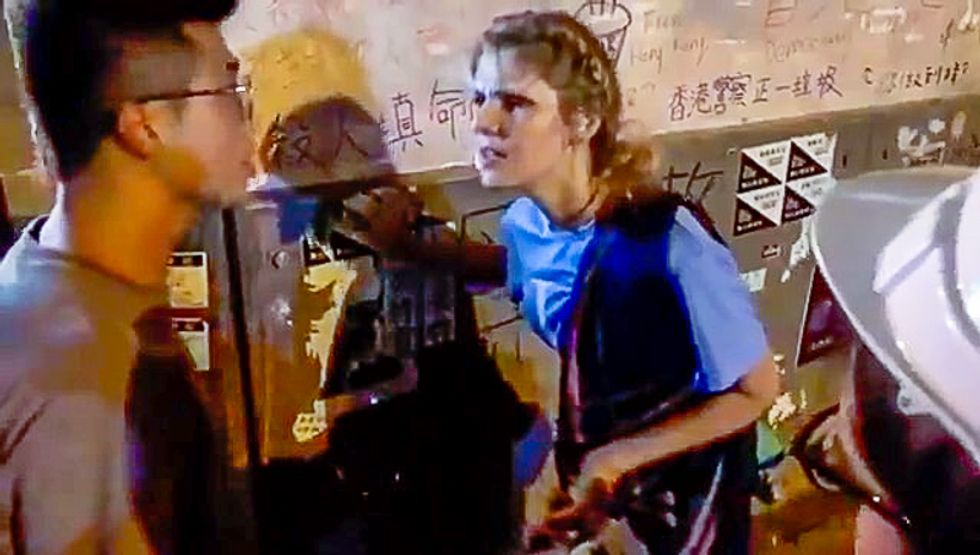 Video captured in Hong Kong shows a white woman lecturing protesters about why "safety is more important than freedom."

The video clip was posted on Twitter by the Passion Times.

In the video, the woman is confronted by demonstrators as she takes down protest posters.

"Why don't the universities get involved instead of protesting?" she asks. "What a waste of time for everybody. You guys should be enjoying your Sunday."

"Violence breeds violence," she lectures. "Find me one case where violence led to a solution."

The woman goes on to tell the protesters, "You guys value freedom more than safety. I think safety is more important than freedom."

"But they're worried about their safety here," a reporter tells the woman.

"Look, your value system is different," the woman insists.