'Young people have had enough': Global climate strike youth activists on why they are marching today 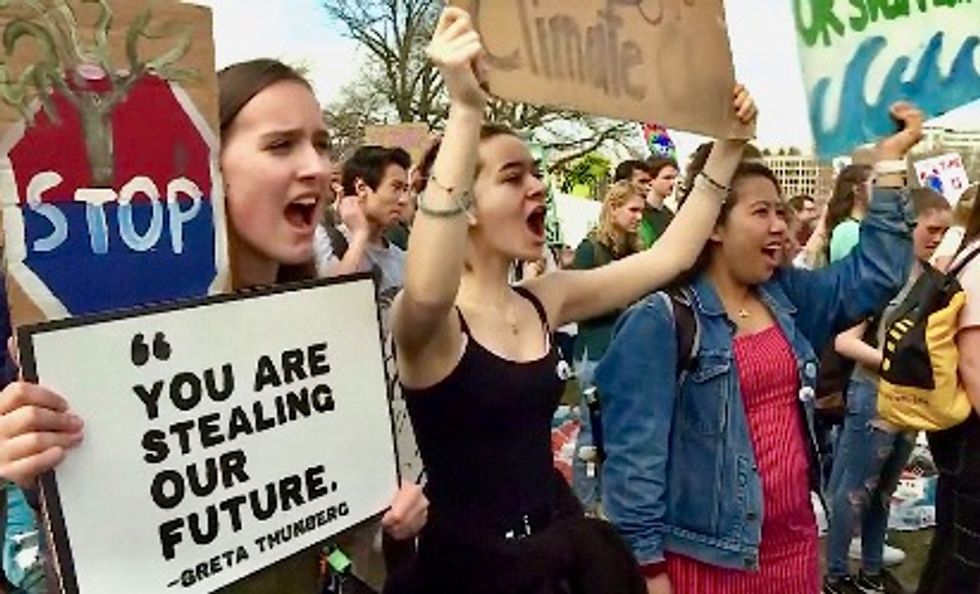 Today is the Global Climate Strike, inspired by 16-year-old Swedish activist Greta Thunberg. As people took to the streets in Africa, Asia, Europe and Australia, we host a roundtable discussion with youth activists organizing marches in the United States — in New York City, Washington, D.C., and Minneapolis — ahead of next week’s U.N. Climate Action Summit. We are joined by Xiye Bastida, a 17-year-old climate justice activist originally from Mexico who is an organizer with Fridays for Future New York and a student at Beacon High School in New York; Katie Eder, a 19-year-old climate justice activist who founded the Future Coalition, where she is currently the executive director; Juwaria Jama, a 15-year-old and first-generation Somali from Minneapolis, Minnesota, who is with U.S. Youth Climate Strikes and is the co-state lead for the Minnesota Youth Climate Strike; and Isra Hirsi, a high school junior and executive director of the U.S. Youth Climate Strike, daughter of Democratic Representative Ilhan Omar.