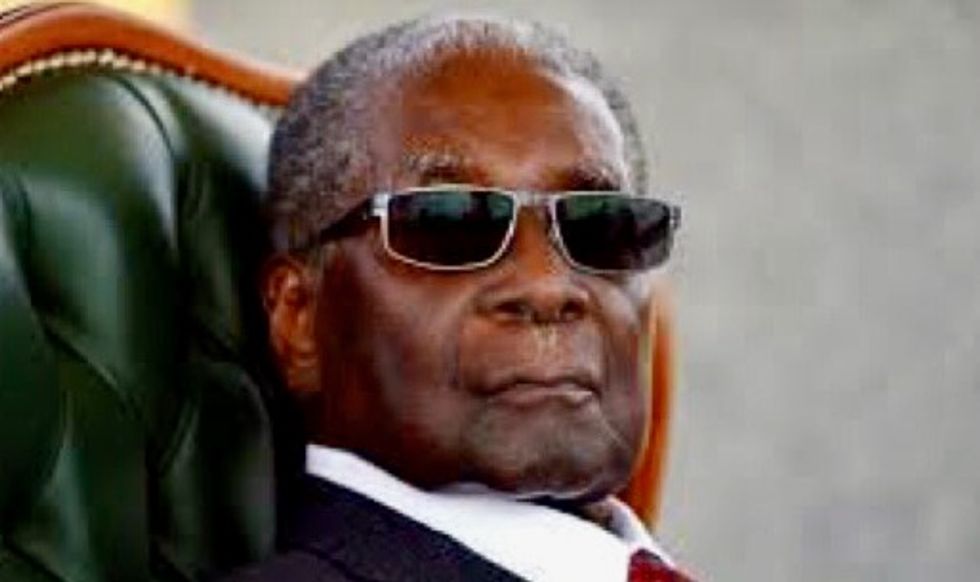 Zimbabweans entered a first full day of national mourning on Saturday, divided over the legacy of Robert Mugabe, the guerrilla hero turned despot who ruled the country for 37 years.

Flags flew half mast in the capital Harare as shops remained open and people bustled about their daily errands.

"We are not mourning, why should we mourn when we are suffering like this," said Ozias Mupeti, 55, standing on a dusty curb in downtown Harare on a cold and cloudy morning.

"Look at me selling pieces of ginger on the streets, at my age. I should have been an employer by now."

Mugabe, 95, passed away at 0240 GMT on Friday in Singapore, where he had been for medical treatment since April.

As Zimbabweans expressed sharply divided opinions about Mugabe, President Emmerson Mnangagwa said Friday that his predecessor had been declared a "national hero" and that Zimbabwe would mourn him until the burial.

The news of Mugabe's death was plastered across the front page of local papers.

"End of an era" said DailyNews. "95 and out", echoed NewsDay, while state-owned The Herald published a special edition entirely dedicated to the former president.

Yet residents in Harare appeared largely unconcerned by the headlines.

First heralded as a liberator who rid the former British colony Rhodesia of white minority rule, Mugabe used repression and fear to govern until he was finally ousted by his previously loyal generals in November 2017.

His increasingly tyrannical leadership and economic mismanagement prompted millions to leave the country.

Only a handful of Mugabe supporters came out the streets, sporting Mugabe-emblazoned T-shirts in honor of his passing.

One small group chanted and danced, another blasted music from a car.

"Mugabe provided education and scholarships to most Zimbabweans," Comrade Bhobhi told AFP. "Of course he failed somewhere but on the education side he did great."

"We will never get any other president like president Mugabe who during his time had the guts to call the British 'these stupid British' right in their face," said Vivian Jena, another supporter.

But while some Zimbabweans hailed Mugabe as a "revolutionary icon", for others his named evoked only "destruction" and "suffering".

"He destroyed this country. Now he’s gone and we have nothing left in the country because of him," said Mupeti, puffing at a cigarette.

"Why should I shed any tear for him when I'm suffering like this. I can’t even pay fees for my daughter who is doing Form 4."

He told reporters on Friday that the president was likely to announce when the body would move "sometime next week", adding that he could give no further details on the "state funeral".

Close relatives gathered for a vigil in Mugabe's rural homestead Zvimba on Friday.

The mood was sombre and another nephew, Leo Mugabe, said the family had "not yet deliberated on where he is going to be buried".

South African President Cyril Ramaphosa remembered Mugabe as a "liberation fighter" and a "champion of Africa's cause against colonialism".

But Britain said "Zimbabweans suffered for too long as a result of Mugabe's autocratic role".

And the United States blamed him for impoverishing Zimbabwe, saying he "betrayed his people's hopes".

The Mugabe years are widely remembered for his crushing of political dissent and policies that ruined the economy.

The former political prisoner and guerrilla leader swept to power in 1980 elections after a growing insurgency and economic sanctions forced the Rhodesian government to the negotiating table.

In office, he initially won international plaudits for his declared policy of racial reconciliation and for extending improved education and health services to the black majority.

But that faded rapidly as Mugabe cracked down on his opponents. During the 1980s, he led an infamous campaign known as Gukurahundi during which an estimated 20,000 dissidents were killed.

The violent seizure of white-owned farms turned him into an international pariah -- although his status as a liberation hero still resonates strongly across Africa.

Aimed largely at angry war veterans who threatened to destabilize his rule, the land reform policy wrecked the crucial agricultural sector, caused foreign investors to flee and plunged the country into economic misery.

All along, the Mugabe regime was widely accused of human rights violations and of rigging elections.

The topic of his succession was virtually taboo until he reached his 90s and became visibly frail.

As his health weakened, the military finally intervened to quash his second wife Grace's presidential ambitions in favor of their preferred candidate, Mnangagwa, Mugabe's vice president at the time.

Mnangagwa took over in November 2017 and was elected in July last year.

Discussing the House Select Committee testimony given by Cassidy Hutchinson, the former senior aide to ex-White House chief of staff Mark Meadows, Walsh said the revelations so far are giving GOP lawmakers hope that they can finally put the former president in their rearview mirrors.

Our Fourth of July nightmare: A republic in the tightening grip of minority rule

When the Supreme Court overturned Roe v. Wade last week, the court's conservative supermajority performed a nifty sleight-of-hand, as if dressed in magician's capes rather than judicial robes.

The six conservatives suggested that the court wasn't scrapping a half-century of settled law, but empowering the people to solve the contentious issue of abortion rights themselves, via the political process.

A new report is shedding light on details about a possible "sleeper wire fraud" scheme that could ultimately upend TrumpWorld.

According to The Daily Beast, this particular scheme is one that legal experts have reportedly been analyzing as they believe it "contains the ingredients for possible federal charges against officials with the campaign and the Republican National Committee—as well as Trump himself."