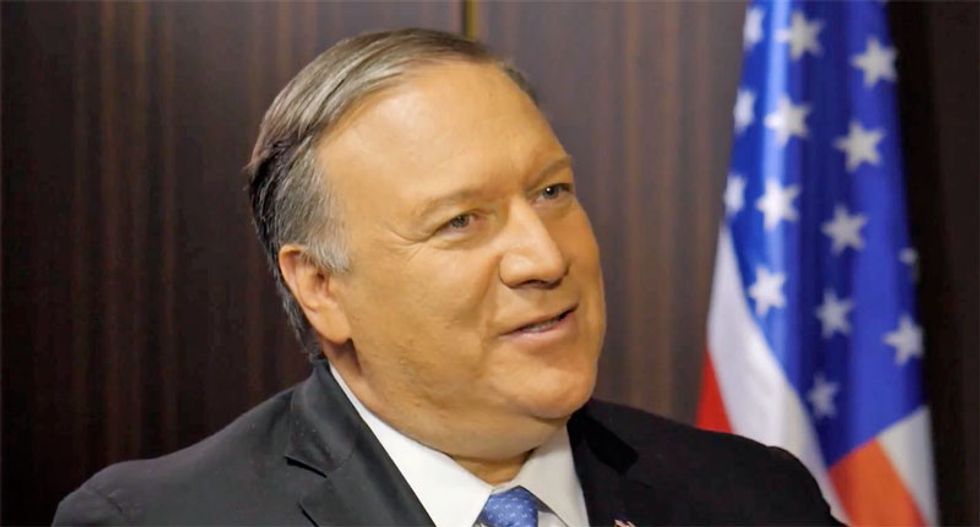 During a discussion of Pompeo attacking congressional Democrats for supposedly "bullying" State Department staff members into testifying on Capitol Hill, Glasser noted that Pompeo is the one who has a real reputation for bullying career professionals in government agencies.

"That statement from Mike Pompeo was such an extraordinary inversion of where the facts seem to be," she said. "To accuse Congress of intimidating and bullying the State Department employees and portraying himself as the protector of this agency that has been battered by repeated budget cuts that Mike Pompeo has gone along with... it really was just a crazy inversion of the facts, which seems to be part of the tactics of how this administration deals with most allegations."

CNN legal analyst Jeffrey Toobin then chimed in to say that all of the administration's complaints about process issues were simply designed to deflect from the core impeachable conduct that has been revealed by Trump's efforts to pressure Ukraine to investigate former Vice President Joe Biden.

"Trump supporters can talk about hearsay, [but] this is the problem that they have not come to terms with: That you have the president of the United States, with a foreign leader, and asking for dirt on a political opponent," he said.