A timeline of US involvement in Syria since 2011 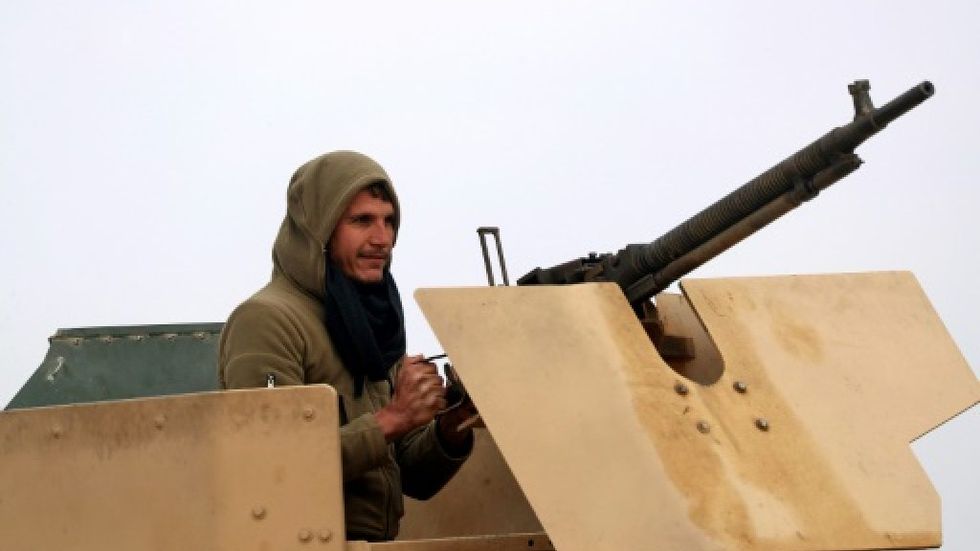 As US forces pull back from parts of northern Syria and make way for a threatened Turkish military offensive, here is a recap of Washington's involvement in the Syrian conflict.

On April 29, 2011, a month after the first protests in Syria that were met with brutal force by the regime, Washington imposes sanctions on several Syrian officials.

The measures extend to President Bashar al-Assad the following month.

On August 18, US president Barack Obama and Western allies for the first time explicitly call on Assad to stand down.

In October, the US ambassador leaves Syria for "security reasons". Damascus recalls its ambassador from Washington.

In August 2013, the Syrian regime is accused of carrying out a chemical attack near Damascus that killed more than 1,400 people, according to Washington.

Despite having vowed to act with force if Syria crossed the chemical weapons "red line", Obama at the last minute pulls back from punitive strikes on regime infrastructure.

Instead, on September 14, he agrees to a deal with Moscow -- Assad's main backer -- that is meant to dismantle Syria's chemical weapons arsenal.

On September 23, 2014, the US and Arab allies launch air strikes in Syria against the Islamic State (IS) group, expanding a campaign underway in neighbouring Iraq.

In October 2015, the Syrian Democratic Forces (SDF), a Kurdish-Syrian Arab alliance of some 50,000 fighters, is created with US backing.

Dominated by the Kurdish People's Protection Units (YPG) militia, it receives US training and aid in the form of arms, air support and intelligence.

The SDF later overruns IS in northeastern Syria, driving out the jihadists from their last patch of territory in the village of Baghouz in March 2019.

On April 7, 2017, US forces fire a barrage of cruise missiles at Syria's Shayrat airbase, believed to be the launch site of a chemical attack that killed 88 people in Idlib province.

It is the first direct US action against Assad's government and President Donald Trump's most significant military decision since taking office in January 2017.

On April 14, 2018, the US -- with the support of France and Britain -- launches new retaliatory strikes after an alleged regime chemical attack on the then rebel-held town of Douma, in which some 40 people were killed.

On December 19, 2018, Trump announces that all of the roughly 2,000 US troops in Syria will be withdrawn because IS had been "defeated".

The surprise decision prompts Defense Secretary James Mattis to resign and is met with concern by France, Britain and Germany, but praise from Russia and Turkey.

On January 16, 2019, a suicide attack claimed by IS kills four US servicemen and 15 others at a restaurant in Syria's northern city of Manbij.

It is the deadliest attack against US forces since they deployed.

On August 7, Turkish and US officials agree to jointly manage a buffer zone between the Turkish border and areas in Syria controlled by the YPG, which Istanbul considers a "terrorist" threat.

But on October 6, Washington announces that US forces would withdraw from the border areas to make way for a "long-planned operation" by Turkish forces.

The United Nations says it is "preparing for the worst" and the European Union warns that civilians could be harmed.