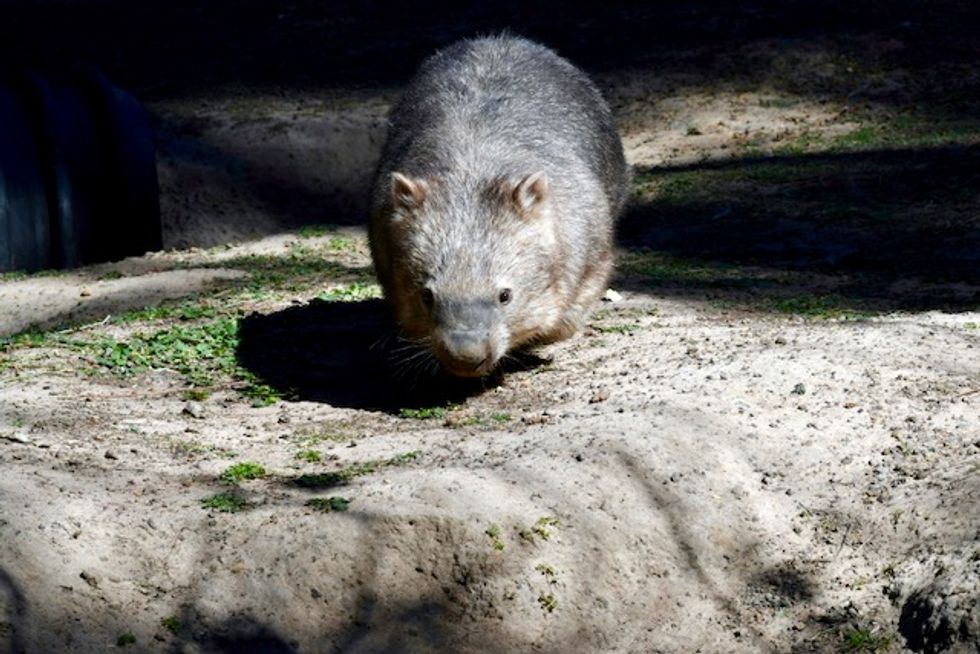 Squat and furry, wombats are a protected species across Australia AFP/File / SAEED KHAN

An Australian police officer is being investigated after an online video appeared to show him stoning a wombat to death, police said Thursday.

The video shows a shirtless man pursuing a slow-moving wombat down a dirt road, throwing rocks at it as another man films the night-time encounter from a car and calls out encouragement.

After giving a thumbs-up to the camera, the first man strikes the marsupial at least three times before it falls to the ground and stops moving.

The man raises his arms in victory to the driver, who responds with a laugh: "Oh no, you killed him, bro."

Squat and furry, wombats are small burrow-dwelling marsupials that are largely nocturnal and walk on all fours. They are a protected species across Australia.

National broadcaster ABC reported South Australia police commissioner Grant Stevens had confirmed the man was a police officer and that the matter would be dealt with internally, with potential criminal offenses also to be investigated.

South Australia state police said they were "aware" of a video circulating on social media that depicted a man "inflicting injuries upon a wombat".

"At this time (police) can confirm they are taking the situation very seriously and are closely examining the video," the statement said.

"An inquiry is being undertaken into this matter to first formally identify the man; and then take appropriate action as required."

The Wombat Awareness Organization, a non-profit rescue group that posted the video on Facebook late Wednesday, said "this has to stop".

"I am tired of reporting such cruelty for it to be ignored," they said in a post.

"May this baby not have suffered and died in vain."