Baghdadi 'The Ghost': About the Jihadist chief who oversaw ISIS' rise and fall 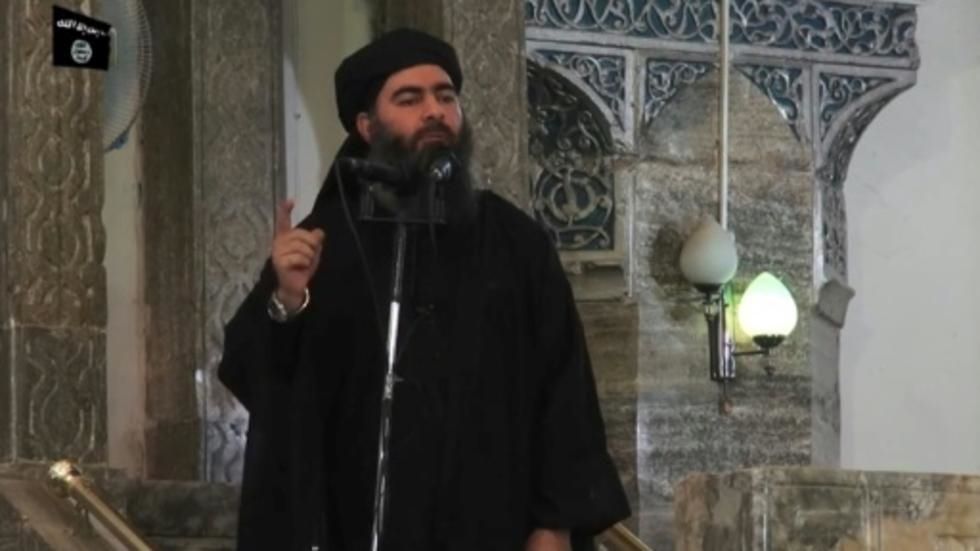 Reclusive jihadist supremo Abu Bakr al-Baghdadi oversaw the bloodstained rise and ultimate collapse of his Islamic State group's "caliphate" while keeping such a low profile that he was nicknamed "The Ghost".

After proclaiming himself caliph in 2014, Baghdadi held sway over seven million people across swathes of Syria and Iraq, where IS implemented its brutal version of Islamic law.

His infamous declaration from the Al-Nuri Mosque in Iraq's Mosul unleashed a wave of violence that has since killed thousands of civilians, displaced millions more and drawn world powers into the region's conflicts.

Rarely seen even when IS was at the peak of its power, the Iraqi native -- believed to be around 48 years old -- virtually vanished as IS's territory shrank and it was reduced to a disparate network of jihadist sleeper cells.

Baghdadi was already rumoured to have been wounded or killed several times before President Donald Trump announced Sunday he had "died like a dog" in a US raid in Syria, detonating his own suicide vest.

Baghdadi died near a small town in rural northwest Syria, more than 1,000 kilometres (620 miles) from his home region of Samarra in western Iraq.

Born Ibrahim Awad al-Badri in 1971, the passionate football fan did not have good enough grades for law school or eyesight for an army career, so he moved to Baghdad to study Islam.

After US-led forces invaded Iraq in 2003, he founded his own insurgent organisation but it never carried out major attacks.

When he was arrested and held in a US detention facility in southern Iraq in February 2004, he was still very much a second- or third-tier jihadist.

But it was Camp Bucca -- later dubbed "the University of Jihad" -- where Baghdadi came of age as a jihadist.

"People there realised that this nobody, this shy guy was an astute strategist," said Sofia Amara, author of a 2017 documentary that unveiled exclusive documents on Baghdadi.

He was released at the end of 2004 for lack of evidence, then re-arrested and let go twice because security forces did not know who he was.

In 2005, the father of five pledged allegiance to Abu Musab al-Zarqawi, the brutal leader of Iraq's Al-Qaeda franchise.

Zarqawi was killed by an American drone strike in 2006, and after his successor was also eliminated, Baghdadi took the helm in 2010.

He revived the Islamic State of Iraq (ISI), expanded into Syria in 2013 and declared independence from Al-Qaeda.

In the following years, Baghdadi's group captured swathes of territory, set up a brutal system of government, and inspired thousands to join the "caliphate" from abroad.

The elusive Baghdadi was the subject of an international manhunt, and the US placed a $25 million bounty on his head.

After declaring the "caliphate," he only issued audio recordings through his group's powerful online propaganda outlet.

But after his group lost its last patch of territory in Syria's eastern Baghouz, a man believed to be Baghdadi surfaced in a rare video in April.

With a wiry grey and red beard and an assault rifle at his side, he encouraged followers to "take revenge" for IS's losses.

"God ordered us to wage 'jihad.' He did not order us to win," he said.

It was unclear where the video was filmed and theories swirled over where he was hiding, with many suspecting he was laying low in Syria's vast Badia desert.

The Badia stretches from the eastern border with Iraq to the sweeping province of Homs, with parts conjoining with the province of Idlib where Baghdadi was ultimately killed.

Baghdadi was raised in a family divided between a religious clan and officers loyal to late dictator Saddam Hussein's secular Baath party.

Years later, his jihadist group incorporated ex-Baathists, capitalising on the bitterness many officers felt after the American move to dissolve the Iraqi army in 2003.

That gave his leadership the military legitimacy he had lacked and formed a solid backbone of what was to become IS, combining extreme religious propaganda with ferocious guerrilla efficiency.

Uncharismatic and an average orator, Baghdadi was described by his repudiated ex-wife Saja al-Dulaimi, who now lives in Lebanon, as a "normal family man" who was good with children.

He is thought to have had three wives in total; Iraqi Asma al-Kubaysi, Syrian Isra al-Qaysi and another spouse, more recently, from the Gulf.

He has been accused of repeatedly raping girls and women he kept as "sex slaves", including a pre-teen Yazidi girl and US aid worker Kayla Mueller, who was subsequently killed.