Biden finally unloads on Trump for smearing his son: 'Release your tax returns or shut up' 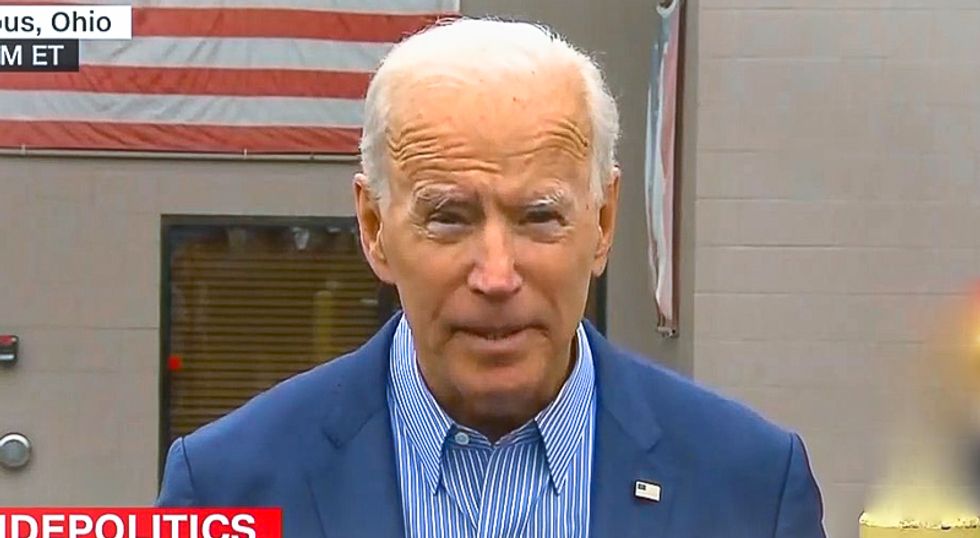 At a press conference in Ohio, Biden was asked if he had done enough to stop his son from taking a retainer from a company in Ukraine.

But the former vice president insisted that "corruption" in Trump's government should be the immediate focus.

Biden then turned to the camera as if he were speaking directly to Trump.