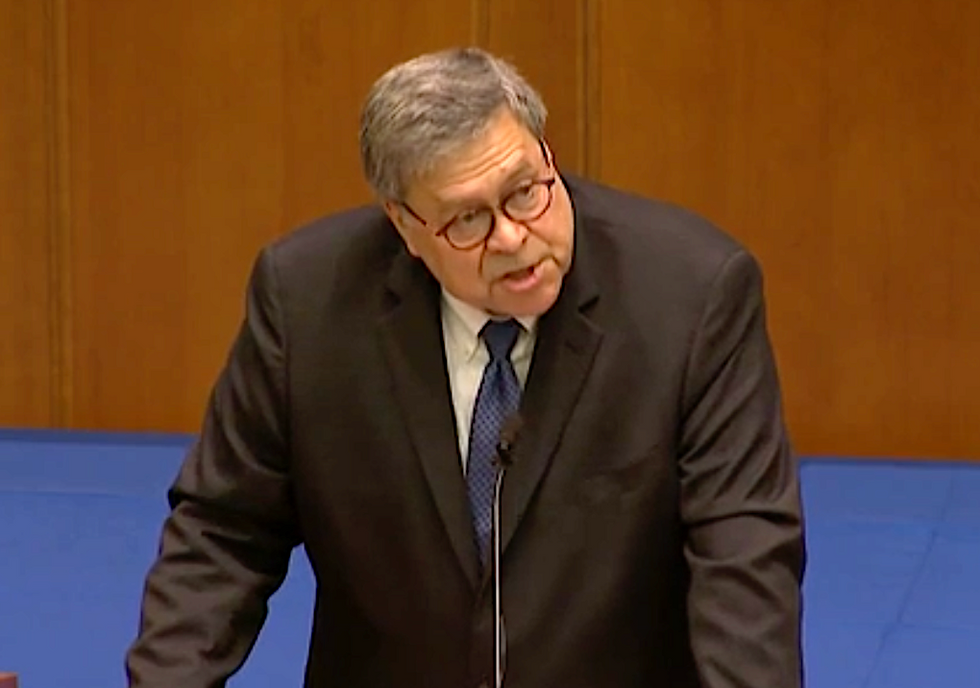 During a speech at Notre Dame’s law school this Friday, US Attorney General William Barr disparaged the rising tide of secularism in America, saying that a lack of religion is tied to societal ills like violence and drug abuse.

“Basically every measure of this social pathology continues to gain ground,” Barr said, adding that problems in society are the result of “moral upheaval.”

“Along with the wreckage of the family, we are seeing record levels of depression and mental illness, dispirited young people, soaring suicide rates, increasing numbers of angry and alienated young males, an increase in senseless violence and a deadly drug epidemic,” he continued.

“Over 70,000 people die a year from drug overdoses, but I won’t dwell on the bitter results of the new secular age," Barr said, alleging that many “so-called progressives” are also “militant secularists.”

Responding to Barr's speech, American Atheists president Nick Fish fired off a letter to the Justice Department this Monday, sharply criticizing Barr's suggestion that people who lack religion are contributing to moral decay.

“If Barr is looking for someone to blame for undermining the American family, he should look no further than his administration’s repeated actions which have prevented loving, qualified parents from adopting simply because they are non-religious, members of the ‘wrong’ religion, or LGBTQ,” he continued. “Under Barr’s leadership, the Department of Justice has consistently sided with those who use religion as an excuse to ignore the laws and who demand taxpayer money to fund their discrimination.”

“For the chief law enforcement officer in the United States to scapegoat 75 million non-religious Americans for all of society’s problems is incredibly disturbing. By trafficking in stereotypes, AG Barr is harming atheists and the nonreligious and making life even more difficult for a group that is already among the least trusted in the country.”

This isn't the first time American Atheists have spoken out against Barr. In January, the group published a letter highlighting his hostilities towards secular Americans during his time as Attorney General under George H.W. Bush. You can read their full letter here.