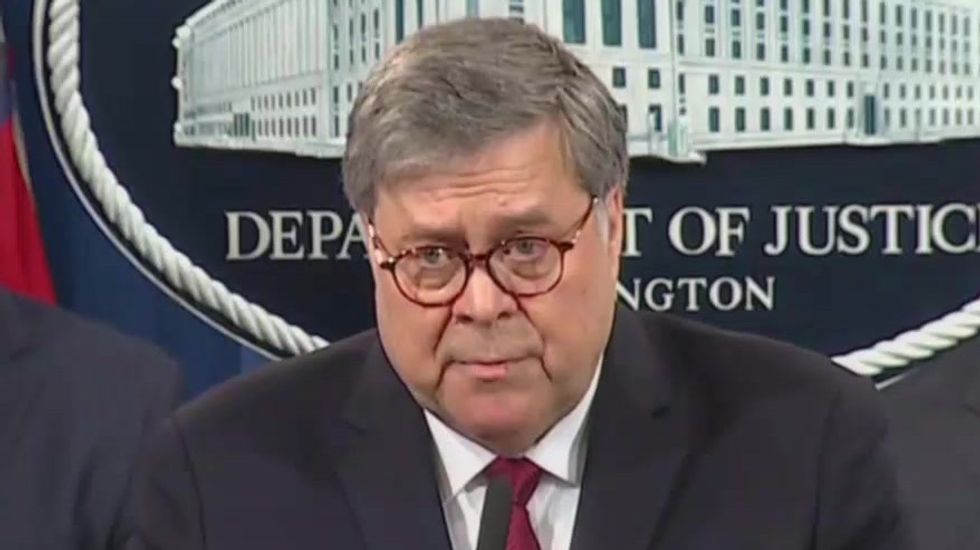 Daily Beast columnist Michael Tomasky believes that Attorney General Bill Barr is in the midst of a plan to reelect President Donald Trump in 2020, all while absolving Russia of any blame for interfering in the 2016 presidential election.

In his latest column, Tomasky outlines troubling developments involving Barr's expansion of his investigation into the origins of the probe into the Trump campaign's multiple contacts with Russian officials in 2016.

"You have to ignore a mountain or three of circumstantial evidence to fail to realize what’s really going on here: Barr wants... to find and describe a vast 'deep state' conspiracy -- a criminal conspiracy -- that intended to deny Donald Trump the White House, the details of which will dribble out, if it can be managed, over the course of next spring and summer and even into the fall," he writes. "In other words, the purpose of this investigation appears to be 100 percent political and electoral. It’s to show that the system cheated, or tried to cheat, Trump in 2016, and thereby give him a huge hand to play in 2020. Shorter purpose: to reelect Trump."

Tomasky then explains exactly how dangerous this sort of behavior is for a democratic society, especially given Trump's history of encouraging foreign governments to help him in political campaigns.

"It was bad enough when he did all this in 2016 as a private citizen-candidate," Tomasky writes. "But now, he’s the president. He controls the machinery of what we once quaintly called justice in this country. And he’ll do anything he can get away with to make it serve his personal ends."