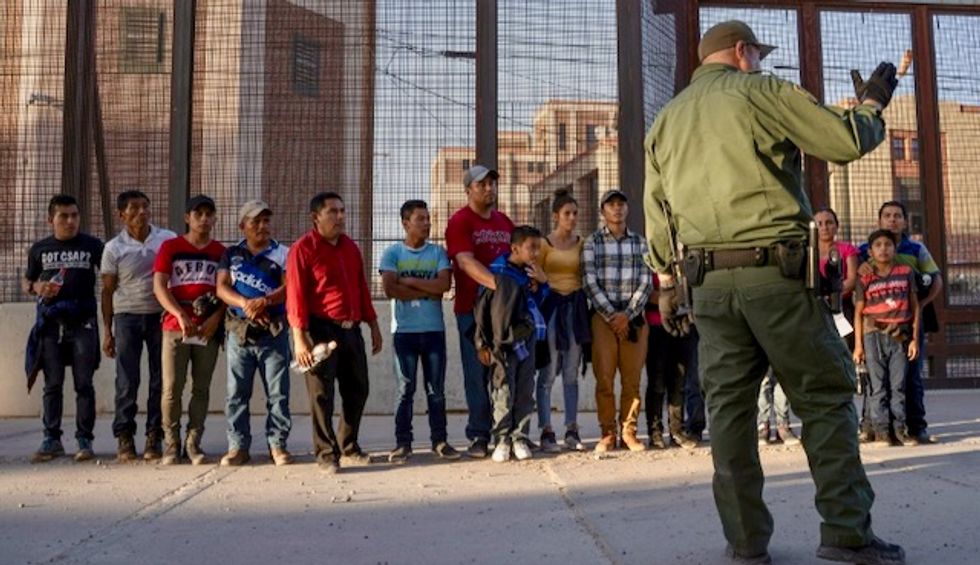 Despite the months-long trend downward, the 2019 fiscal year’s total represents nearly a 90 percent increase from 2018.

The number of people who were apprehended by or surrendered to federal immigration officials on the U.S.-Mexico border dipped by nearly 20% last month, the Department of Homeland Security announced Tuesday. After totaling about 64,000 apprehensions in August, the agency reported a September total of about 52,500 apprehensions — a decrease of about 18%.

The September total is about 40% of July’s estimated 82,000 and the lowest monthly total of the 2019 fiscal year, which ended Sept. 30, according to U.S. Customs and Border Protection statistics.

Despite the months-long trend downward, the entire 2019 fiscal year’s total represents nearly a 90% increase over 2018. In 2019 about 977,500 people were apprehended or presented themselves at the ports of entry without proper paperwork, compared to 521,000 during the 2018 fiscal year.

Morgan credited the Trump administration’s polices for the latest dip in numbers and mentioned the Migrant Protection Protocols, which requires most asylum seekers from Central America, Cuba and other countries to wait for their U.S. court hearings in Mexico. The policy is designed as a deterrent to convince people in those countries not to make the trip north. Since its inception in late 2018, more than 51,000 people have been sent back to Mexico, Morgan said.

“While Congress has failed to put forth a single piece of legislation — even be able to introduce it to the floor to address this crisis — we have addressed this crisis,” Morgan said.

Morgan also lauded the Mexican government’s efforts to stem the flow of migrants. Mexican President Andrés Manuel López Obrador deployed thousands of federal troops to that country’s southern border to slow the number of people arriving from Central America. The order came after Trump threatened to impose tariffs of up to 25% on Mexican imports if the flow of migrants continued in nearly record numbers.