California Dem cracks up C-SPAN host: Why are angry GOP callers on the East coast 'not at work?' 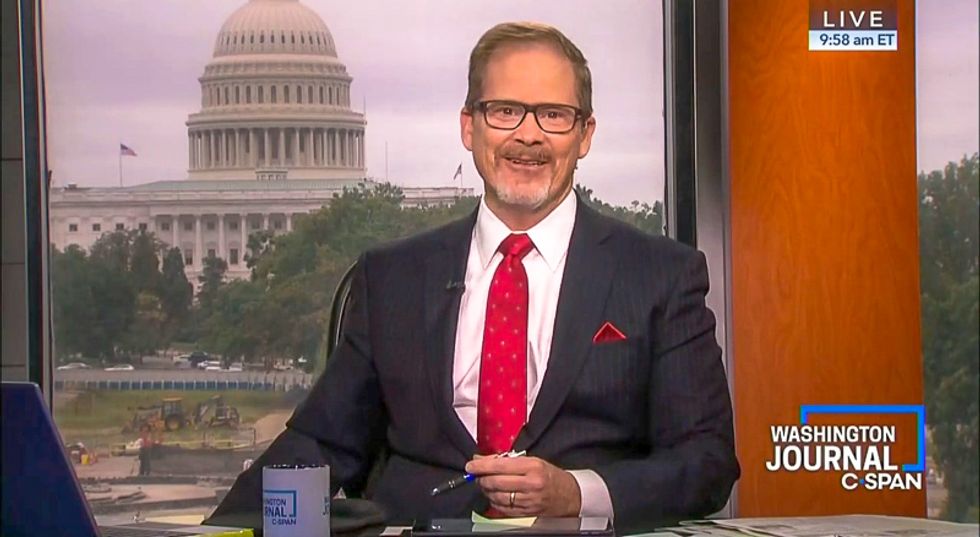 A caller from California noted to C-SPAN on Thursday that many Republican callers on the East coast do not seem to have jobs.

"It wouldn't matter who they picked," Ray said. "The GOP -- the Grand Old Party, that's what I like to call them because they are the old party. You know, they're the dividers. My friends that are Republicans, they're the one that are being divided."

"The last caller, there's a prime example of most Republicans," he continued. "They're like children, they call everybody names when you back them into a corner."

Before ending the call, Ray had a suggestion for C-SPAN.

"On the West coast, it's like real early in the morning," he explained. "I get up at like 5:30 to watch you guys. I'm wondering if you can take a few more calls in the last hour on the West coast."

"That's a good suggestion," Scanlan chuckled. "Our producers are listening and we'll pass it along."