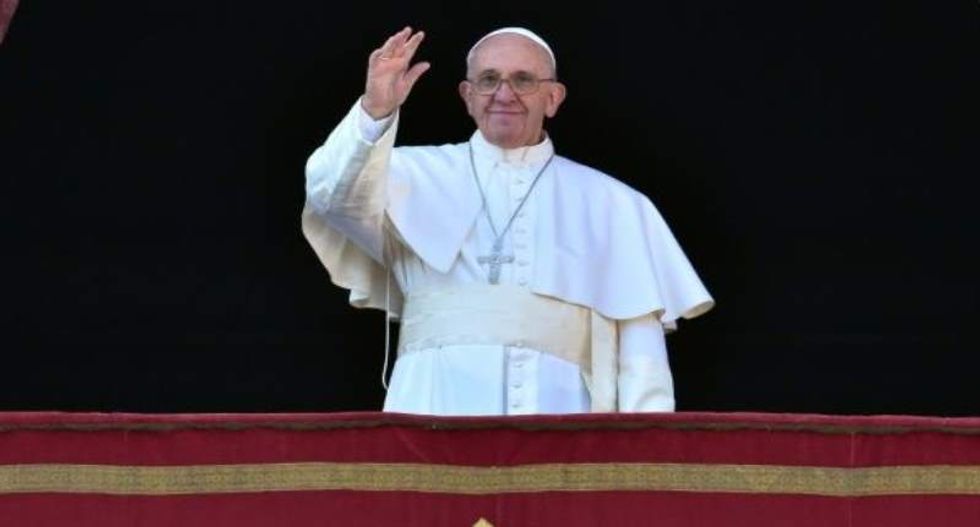 Deep in the Amazonian forest, young couples looking to wed or baptize children often turn to Sister Alba, who fills in where Catholic priests cannot be found.

But in many remote areas, there are not even enough nuns to go around, and it is lay women who play a key role in the evangelization of indigenous people.

Many Amazonian bishops present at a three-week assembly at the Vatican want the Roman Catholic Church to create official roles for them.

It is not a question of ordaining female priests. The very suggestion that the male-centric, centuries-old church could do that has thrown traditionalists into a tizzy, and it's not a change Pope Francis is currently willing to contemplate.

There is interest, however, in giving lay women official "ministries", whether that be performing marriages or preaching.

"Two thirds of the indigenous communities without priests are guided by women," says Bishop Erwin Krautler, an Austrian missionary who has lived in Brazil for three decades.

While personally he sees "no reason why women cannot be ordained priests", he thinks the debate should be focused now on female deacons -- a potentially invaluable resource in far-flung corners of the world.

Male deacons, who can be single or married, are able to baptize, witness marriages, perform funerals and preach homilies.

They cannot say Mass, give the Eucharist, or absolve people after confession, which only priests can do.

Pope Francis in 2016 set up a study group to examine the role of such deacons at the beginning of Christianity, but in May he said the panel was extremely divided on the issue and still had a lot of ground to cover.

In the meantime, a week ahead of the bishops' assembly on the Amazon, Francis suggested that lay men and women could be given a formal Bible reading "ministry".

She is one of 35 female so-called "auditors" invited to the assembly so the bishops can hear their testimony firsthand.

"There are very few priests. The geographical distances are immense, many priests are constantly on the move," she said.

According to the Vatican's Osservatore Romano newspaper, there are areas with just one priest per 25,000 square kilometers, and others where just 45 priests have to serve 1,100 villages.

Sister Alba says she does "everything a woman can do, starting with the baptism of children when the priest is not present".

"We can also celebrate a marriage and hear confessions," said the nun, whose congregation is present in six of the nine Amazonian countries.

The question is how and to what extent lay women can also play such roles.

In some areas, local churches have taken the matter into their own hands.

Bishop Wilmar Santin, who has spent nine years living with the Munduruku indigenous people -- a community of 11,000 people in a 175,000 square kilometer diocese in Brazil -- has been creative in compensating for empty pulpits.

He has created 48 "ministers of the Word", including nine women, who speak the Gospel in their local indigenous language, as well as "ministers of baptism and marriage".

Like many, he now hopes the spotlight on the issue at the assembly will result in concrete guidelines from Rome.