‘Chaos is his best friend’: Investigative reporter explains how Trump is like 'The Joker' 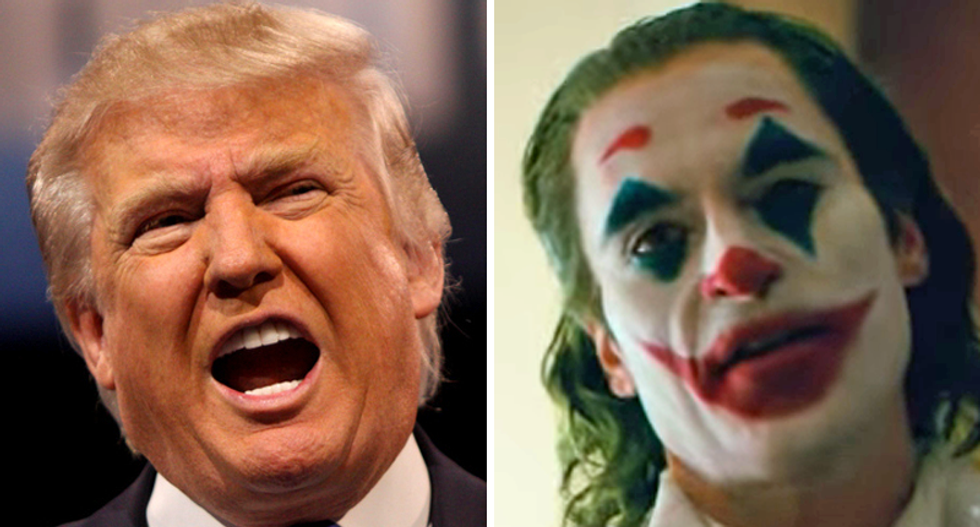 President Donald Trump is governing like the comic book super-villain "The Joker," an MSNBC political analyst explained on Monday.

David Corn, the Washington, DC bureau chief for Mother Jones magazine, was interviewed by Ari Melber on "The Beat" about Trump's ever-shifting defenses.

"Well, you know, I don’t want to help any movie studio in particular, but it does seem to me that Donald Trump is playing the Joker card, that he wants to be "The Joker," and he realizes that chaos is his best friend," Corn argued.

"The Joker" first appeared in the debut issue of the comic book Batman in 1940. The character was portrayed by Jack Nicholson in the 1989 film "Batman," by Heath Ledger in the 2008 film "The Dark Night," and Joaquin Phoenix in the new film titled, "Joker."

The host, MSNBC's chief legal analyst, suggested Trump's defense might be more like the "Chewbacca Defense" which was made famous in an episode of "South Park." Wikipedia defines it as "a legal strategy in which a criminal defense lawyer tries to confuse the jury rather than refute the case of the prosecutor. It is an intentional distraction or obfuscation."