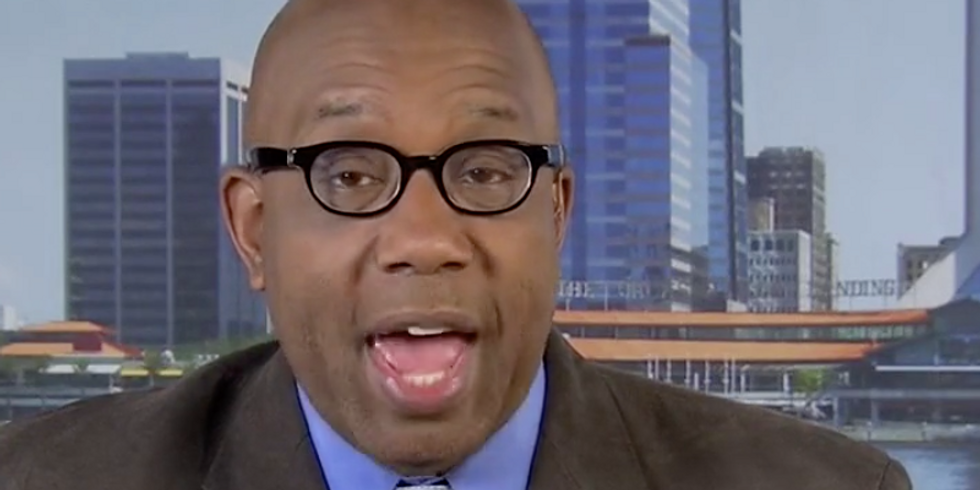 On CNN Saturday, commentator and Spectrum News reporter Errol Louis suggested that former Secretary of State and 2016 presidential nominee Hillary Clinton had a point in her criticism of Rep. Tulsi Gabbard (D-HI).

"Errol, this general narrative about Congresswoman Gabbard is not new, right?" asked anchor Victor Blackwell. "She hit back against her critics at the debate this week, those who said that she's used Russian talking points, criticized her for meeting with Assad a couple of years ago. The question I have is, why? Why would Secretary Clinton go as far as she did to suggest that the Russians are grooming her? That suggests some interactivity here."

"First of all, she may be right about that," said Louis. "Tulsi Gabbard has attracted a very strange following. She was endorsed earlier this year by David Duke, the former head of the Ku Klux Klan. She's been a favorite of far-right groups and Holocaust deniers and an odd menagerie of far-right supporters, and much of their support for her has been amplified. There have been nights after certain debates where her name was the most searched term on Google, there's been some odd digital activity. Hillary Clinton didn't just make this up, and I hate to disagree with my friend Van Jones, but the reality is that there has been some real evidence out there that there's something peculiar going on with that campaign."

"Now Tulsi Gabbard, by responding as you quoted, with talking points against Hillary Clinton, that's one way to respond," continued Louis. "A better way to respond would be to fully and finally denounce and reject all of this odd support she's getting from the far right, explain further and perhaps even renounce her dealings with Assad, who is probably or should I say arguably a war criminal, and try and get back on track. But until she does that, I think Hillary Clinton has some real expertise when it comes to Russian interference in elections, and I wouldn't just reject out of hand her analysis of what's going on right now."