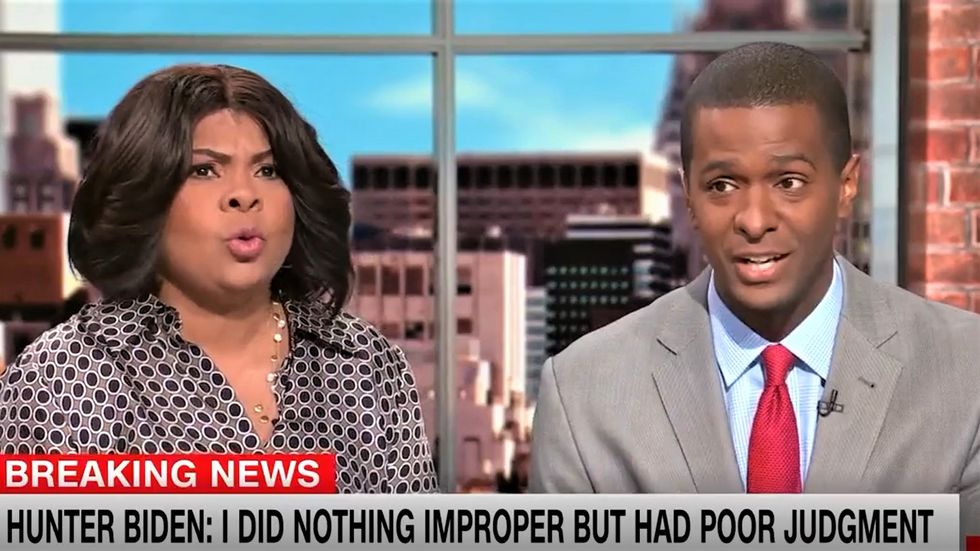 Bakari Sellers shocked his fellow CNN panelists on Tuesday when he called Rep. Tulsi Gabbard (D-HI) a puppet for the Russian government.

During a discussion of Tuesday's upcoming Democratic primary debate, Sellers accused Gabbard of being fundamentally different from all the other candidates on the stage, and he darkly hinted that she has loyalties in places other than the United States.

"There is a chance that Tulsi is not just working for the United States of America, but I digress," he said.

"Wait a minute, what?" a shocked April Ryan asked.

Sellers then went on to elaborate his accusations.

"I firmly believe that Tulsi Gabbard stands on that stage as the antithesis to what the other 11 individuals stand for, especially when it comes to issues such as foreign policy," he said. "There's no question, there is no question that Tulsi Gabbard, of all the 12, is a puppet for the Russian government."

CNN's Alisyn Camerota pushed back on Sellers' claim and asked him to back it up with evidence.

Sellers responded by pointing to Gabbard's past defenses of Syrian leader Bashar al-Assad, but he couldn't point to any specific evidence tying the congresswoman to Russia.

MSNBC's Joe Scarborough and Mika Brzezinski mocked former president Donald Trump minutes after he issued an insulting statement about them.

The twice-impeached one-term president marked Martin Luther King Jr. Day by complaining about his former friends on "Morning Joe," claiming that their ratings are "very low" and then misusing a word to attack them.