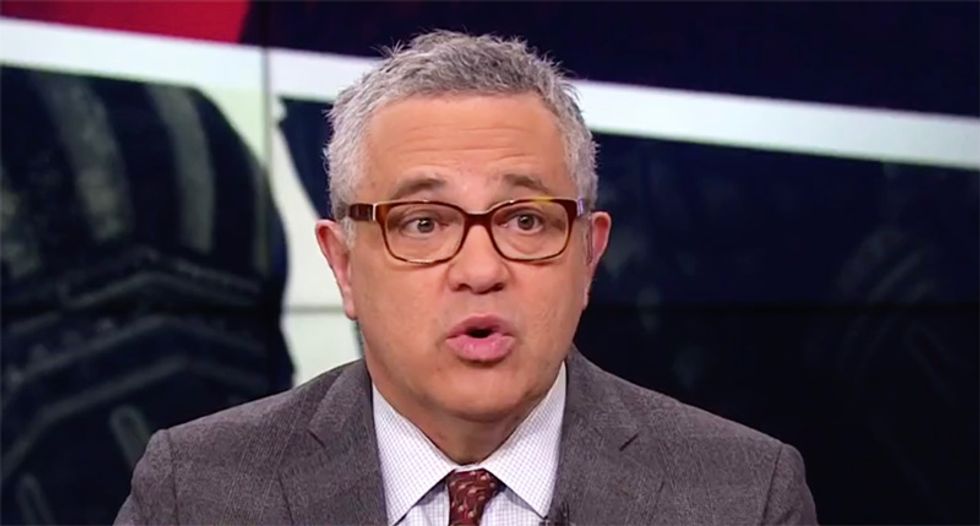 On Tuesday's edition of CNN's "Anderson Cooper 360," chief legal analyst Jeffrey Toobin sounded out a clear warning to President Donald Trump and his supporters: Their standard playbook for blocking House Democrats from investigating the administration are not going to work against an impeachment inquiry.

"You know, one of the broader questions about an impeachment investigation in its entirety is, will the Trump administration allow anyone from any party of government, from the White House, Justice Department, State Department, to testify?" said Toobin. "Because as the oversight committees have been going forward, basically they haven't. They have stonewalled almost everything."

"It's effective," agreed Toobin. "And the Congress has had to go to court, which is a very laborious process, it's slow, it's not resolved."

"Right, and the Democrats want this to be relatively quick," said Cooper.

"And the one thing that's different from the oversight problems versus impeachment is that the members of the — particularly the Intelligence Committee, have said, if we get no access, we are not going to court. We are going to list this obstruction from the committee as part of the impeachment investigation, that they will basically say, 'Look, your stonewalling is evidence of why the president should be impeached.'"