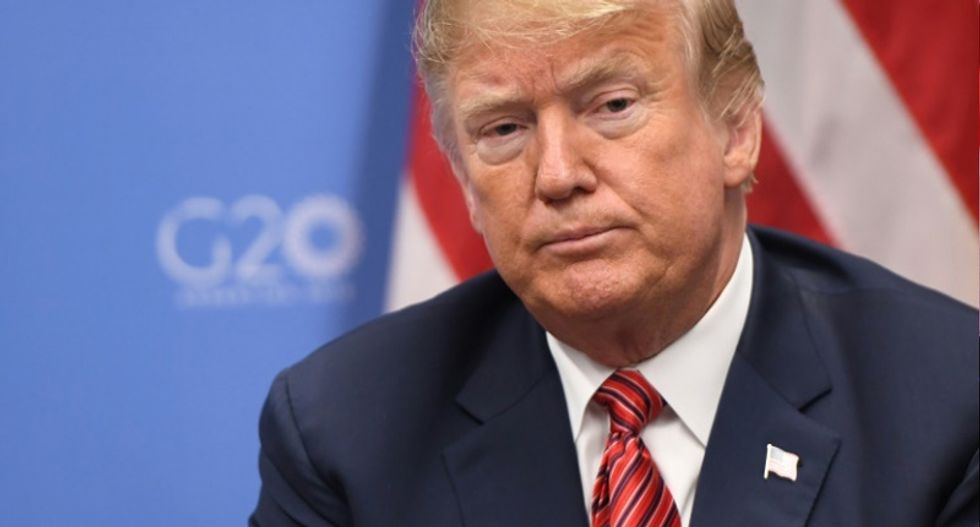 I have never been a supporter of originalism. Until recently, I was also skeptical that impeachment was the right way to handle Donald Trump’s presidency. But I have recently reevaluated my position in light of President Donald J. Trump’s egregious phone call with the Ukrainian president back in July, in which he requested a favor (dirt) on one of his political opponents in return for releasing military aid to that beleaguered nation.

Originalism is the idea that “the Constitution should be interpreted in accordance with its original meaning---that is the meaning at the time of its enactment,” according to the Center for the Study of Originalism at the University of San Diego. Though not exclusively, conservatives tend to be the main supporters of the doctrine. My reasons for opposition to originalism were laid out in an article published by the History New Network in July of 2018.  In part, relying solely on the meaning of the Constitution in 1787 ignores the changes that have taken place over the past 232 years. Also, the Framers themselves did not agree on the meaning of much of what they wrote. One need look no further than the debates over the constitutionality of the Bank of the United States that took place in 1790. Alexander Hamilton, who had proposed the bank, thought it met constitutional muster. James Madison, often referred to as the father of the constitution, did not.

Yet in one area, there appeared to be a great deal of agreement at the Constitutional Convention. This was over the issue of impeachment. The men who attended the convention had recently fought a revolution against the overbearing, centralized power of the British empire, and the abuses by the King and his ministers. “Many of the Framers had signed the Declaration of Independence, whose bill of particulars against King George III modeled what we would view as articles of Impeachment,” constitutional scholars Lawrence Tribe and Joshua Matz have written.

The ideology of the Framers was grounded in classical republicanism.  At its core, classical republicanism was the idea that individuals sacrifice their private interest in order to advance the public interest. This was especially important for elected officials. The Framers feared that politicians would act in a corrupt manner, advancing their own interests at the expense of the public interest. This fear was especially acute for executive power due to the experiences of the colonists in the 1760s and 1770s when royal governors, appointed by the King, often dissolved local colonial assemblies when they disagreed with their decisions. They also vetoed bills on a regular basis. In response, the governments that were formed in the states after independence tended to limit the power of governors. Pennsylvania went the furthest in this regard, when they eliminated the office of governor and replaced it with a twelve-member executive council. The Articles of Confederation did not even include an executive officer among its provisions.

By the time the Framers attended the Constitutional Convention, the problems of government without a strong executive had become obvious. A number of the Framers wanted to provide what Hamilton called “energy in the executive” which he thought was “a leading definition of good government,” as he wrote in Federalist 70. Yet there was also concern that a powerful presidency, if occupied by an unscrupulous man, could endanger the republic. Their fears were largely assuaged by the assumption that Washington would be the first president. “The first man put at the helm will be a good one. Nobody knows what sort may come afterwards,” Benjamin Franklin observed.  Pierce Butler of South Carolina wrote in a 1788 letter that, “many of the members cast their eyes towards General Washington as President, and shaped their ideas of the powers to be given to a President by their opinions of his virtue.” But what about the people that would follow him? This was where the power of impeachment entered the picture.

The idea of impeachment had first arisen on June 2, but an extensive debate over the issue occurred on July 19 and 20th. Governeur Morris of Pennsylvania, among others, was opposed since it would endanger a president’s independence and the separation of powers. Morris’ objections were addressed by a large group of delegates, led by two Virginians, George Mason and James Madison. Mason thought that impeachment was essential to ensure the integrity of elections, and that the rule of law should apply to everyone. “Shall any man be above justice?” Mason asked. He was concerned that a “man who has practiced corruption & by that means procured his appointment” would “escape punishment” in the absence of the power of impeachment. Concerns about foreign interference in elections were raised by Madison, who feared a president “might betray his trust to foreign powers” or “pervert his administration in a scheme of peculation [embezzlement] or oppression.” By the end of the debate, Morris changed his mind and supported the power of impeachment.

That was where matters stood until September 8, when the Convention needed to finally settle on what would constitute the grounds for impeachment. Morris indicated that the reasons for impeachment should “be enumerated & defined.” But the delegates struggled with an appropriate definition. Words like malpractice or maladministration were suggested but were too vague and “will be equivalent to a tenure during pleasure of the Senate,” according to Madison. Presidents should not be impeached because they were unpopular or incompetent, nor for policy differences. Finally, Mason recommended that “high crimes and misdemeanors” be added to bribery and treason as reasons for impeachment.

High crimes and misdemeanors seem vague to us in the twenty-first century. “An impeachable offense is whatever a majority of the House of Representatives considers it to be at a given moment in history,” Gerald Ford once said. While there is some truth to Ford’s observation, a better approach is that high crimes and misdemeanors should be interpreted within the republican ideology of the period and the overall debate that the Framers had over the issue of impeachment. They thought that the power of impeachment should be reserved for abuses of power, especially those that involved elections, the role of foreign interference, and actions that place personal interest above the public good. As Hamilton wrote in Federalist 65, impeachable acts are “POLITICAL, as they relate chiefly to injuries done immediately to the society themselves.” The historian Jeffrey Engel has written that the Framers had “a shared understanding of the phrase” and succinctly describes “impeachable offenses [as] those perpetrated with sinister intent to harm the republic for personal gain.” Tribe and Matz write that high crimes and misdemeanors may not involve a crime at all, but rather “corruption, betrayal, or an abuse of power that subverts core tenants of the US governmental system…that risk grave injury to the nation.”

Impeachment should be a last resort, the nuclear option, when all the other methods of checking the abusive power of a president have become inadequate. It is not something to be celebrated, but rather to be used solemnly to protect American democracy. As Hamilton wrote, the process of impeachment can be divisive, agitating “the passions of the whole community… [dividing] it into parties more or less friendly or inimical to the accused.” Trump’s actions reflect a person who either does not know right from wrong or who believes he is above the law.  As such, Trump was willing to coerce a foreign government in order to discredit a political opponent. If left unchecked, he will continue to repeat actions like this (we already know he has attempted to pressure Australia), which will undermine the integrity of the 2020 election. As the August 12, 2019 whistle blower report indicates, “the President of United States is using the power of his office to solicit interference from a foreign country in the 2020 U.S. election” in order to advance his personal interests.” This falls squarely within the reasons why the Framers included the power of impeachment in the Constitution. In this case, the fears of the Founders, and our fears, line up perfectly.

One would think that those who are the most fervent supporters of originalism would also be supportive of the impeachment effort, but this is not the case, at least not yet. If impeachment is not warranted under these circumstances, then when? Still, it is not too late for otherwise good people to support upholding the rule of law, the Constitution, and the original intent of the Framers. Even if there are not enough senators to ultimately remove the president, the addition of Republican support will provide the entire process with bi-partisanship, better help to inform the people of the nefarious actions of Trump, and lead to his removal at the ballot box in 2020.

Donald J. Fraser has spent a lifetime working in a variety of capacities in government. Fraser holds a bachelor’s degree in political science and a master’s degree in public policy and administration and currently teaches history through US Davis’s Osher Center. In 2016 he released The Emergence of One American Nation.His new book, The Growth and Collapse of One American Nation, will be published in early 2020 and cover the period from the 1790’s to the outbreak of the Civil War.

House Republicans on Tuesday night loudly heckled President Joe Biden during his State of the Union address, and House Speaker Kevin McCarthy (R-CA) is now sending them a public warning about the optics.

Via CNN's Manu Raju, McCarthy appeared on Fox News on Wednesday morning and was asked about his members' behavior during Biden's speech, which was highlighted by Rep. Marjorie Taylor Greene (R-GA) yelling the word "liar" at the president.

SC attorney accused of murder faked his way through his career: associates

Alex Murdaugh, the South Carolina attorney now on trial for the murder of his family, came from a powerful dynasty of lawyers and has an impressive résumé to his name, volunteering in a local prosecutor's office and heading up the state trial lawyers' association.

But according to The Daily Beast, colleagues who know Murdaugh and spoke at his trial do not paint a picture of a man who is as hardworking or knowledgeable in the law as his pedigree and reputation suggest — but rather, a man with good people skills who was able to charm his way out of doing the harder parts of his job.

With the death toll rising by the hour, the massive earthquake that struck Turkey and Syria on February 5 is already among the ten deadliest of the 21st century.

On December 26, a massive earthquake measuring 9.1 on the Richter scale strikes off the coast of Sumatra, triggering a tsunami that kills more than 230,000 throughout the region, including 170,000 in Indonesia alone.