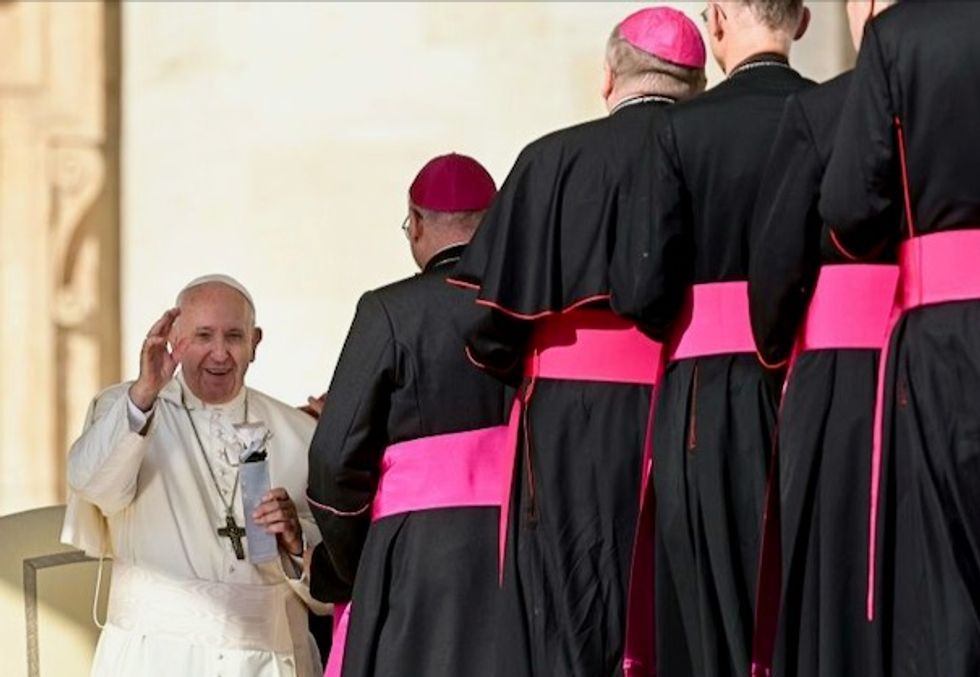 Catholic bishops gathered at a special Vatican assembly will vote Saturday on whether to recommend Pope Francis to open the priesthood to married men or create female deacons, issues that are taboo for traditionalists.

The ballot comes at the close of a three-week "synod" on the Pan-Amazonian region which highlighted the challenges facing the region, from the destruction of the rainforest to the exploitation of indigenous peoples and a scarcity in priests.

The pontiff is expected in the coming months to address the issues raised with a document which could have repercussions not only for the vast, isolated territory, but the whole of the Roman Catholic Church.

The synod brought some 184 bishops to the Vatican, over 60 percent of whom hail from the nine Amazon countries.

Together with representatives of indigenous peoples, experts and nuns, they discussed a multitude of regional concerns, from climate change to poverty, land-grabbing, mercury-polluted waters and violence against women.

The bishops will have their say on a final list of proposals, each of which will need to win two thirds of votes to be included in the document then presented to the pope.

All eyes will be on three controversial points which have dominated discussions and riled the Church's conservative arm.

The most hotly-debated question is whether or not to allow "viri probati" (married "men of proven virtue") to join the priesthood in remote locations, such as the Amazon, where communities seldom have Mass due to a lack of priests.

Selecting them from among the indigenous populations would also help overcome language barriers.

It would not be necessary to rewrite Church law; bishops could simply ask Francis for an "exemption" to the rules -- like the one granted to married Anglican pastors who later converted to Catholicism.

Supporters of the idea point to the fact the Catholic Church is currently failing to compete with evangelical Pentecostal churches, which allow married pastors and are enjoying a boom in the Amazon.

As it stands, Catholics have to wait for itinerant priests -- sometimes travelling in small canoes -- to reach them in remote corners of the forest. Only priests can consecrate the Eucharist, which is a key part of Catholic Mass.

Even promoters of the idea, however, are not calling for the centuries-old custom of priestly celibacy to be scrapped entirely.

And the ultra-conservative wing of the Catholic Church -- particularly in Europe and North America -- have refused to counter the idea, warning that making exceptions could pave the way to the abolition of celibacy globally.

Many at the synod are also hoping for an official recognition by the Church of the key role played by lay women in the evangelisation of indigenous people by creating formal specific roles for them, termed "ministries".

There are some who would even like them to be allowed to become deacons, a function currently reserved for lay men.

Male deacons, who can be single or married, are able to baptise, witness marriages, perform funerals and preach homilies.

Two thirds of the indigenous communities without priests are guided by women.

Brazilian Bishop Evaristo Pascoal Spengler said Friday he was very optimistic about a vote in favour of female deacons, pointing out there were deaconesses in the early Church.

Fellow Brazilian Archbishop Alberto Taveira Correa said the proposals on married priests or ministries for women would be submitted "for the discernment of the pope, who will be able to define the possible steps to be taken".

The last of the three key issues concerns the formal recognition of the richness of indigenous peoples' culture and liturgy with the creation of an Amazonian rite, which would incorporate their symbols and gestures while maintaining the essence of the Eucharist.