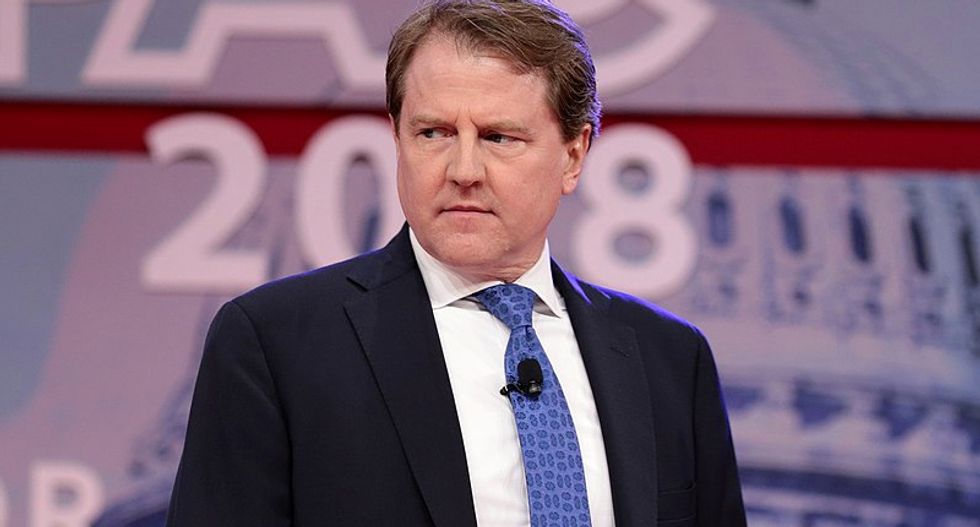 According to Politico, lawyers from the Department of Justice have been in talks with the House committee responsible for drafting articles of impeachment, about the possibility of letting former White House Counsel Don McGahn testify — despite the fact that the current White House Counsel, Pat Cipollone, has stated the administration will not cooperate with the investigation.

"In order to fulfill his duties to the American people, the Constitution, the Executive Branch, and all future occupants of the Office of the Presidency, President Trump and his Administration cannot participate in your partisan and unconstitutional inquiry under these circumstances," Cipollone wrote to House Democrats on October 8, in a letter that was loaded with political rather than legal arguments.

But that same day, Justice Department lawyers were in talks with the House Judiciary Committee about McGahn possibly testifying. And they subsequently held four more meetings on October 11, 15, 21 and 24.

"Although the Speaker of the House has announced publicly that, in her view, the House has now commenced an impeachment inquiry ... the Administration remains open to continued discussion of a possible Committee interview, under appropriate terms and conditions, of Mr. McGahn," DOJ lawyers stated in a federal court briefing, as Democrats moved to enforce a subpoena compelling McGahn to testify. Furthermore, the lawyers also suggested they are closer to a deal because the House Judiciary Committee is now open to closed-door testimony, which previously they were not.

The disconnect reveals that, for all of the administration's bluster, there is only so much legal recourse they have to stonewall in the face of Congress' subpoena power.