'Donald Trump is a traitor': Joe Walsh blows up on Mark Sanford on live TV for not supporting impeachment 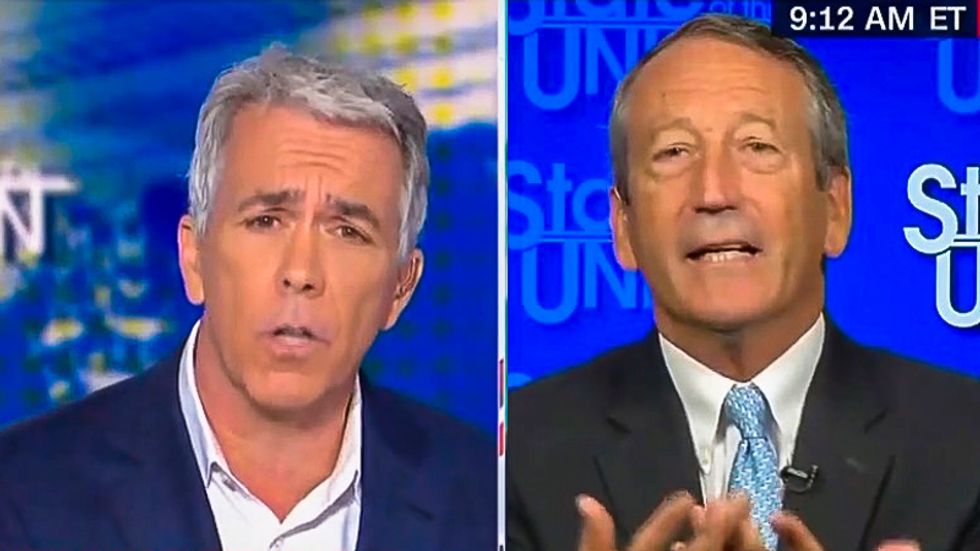 The two candidates appeared on CNN's State of the Union, where host Jake Tapper asked them about charges that Trump abused his power by trying to get Ukraine to investigate Joe Biden.

Sanford couldn't say that he would vote to impeach Trump, but Walsh immediately committed.

"With all due respect, this president deserves to be impeached," Walsh said. "No one from the White House or high-level Republicans are on the show today because there is nothing to defend. This president betrayed his country again this week. Would I vote if I were in Congress on the inquiry? There is enough we know now to vote to impeachment this president."

"This is a strong term I’m going to use but I’m going to say it on purpose, Donald Trump is a traitor," he added, carefully noting that he was not accusing the president of "treason."

"Are there very troubling charges out there in, yes," Sanford opined. "Do they need to be investigated? Yes. But to jump to conclusions and say he needs to be impeached, what he’s done is treasonous is to say we’re not going through the very process that the Founding Fathers laid out."

"With all due respect, the president of the United States, and this is not the first time he’s done it, is telling foreign governments to interfere in our election," he pointed out. "And here is another thing. He asked China this week to investigate his fellow Americans. If that alone — and that is what our founders feared, Jake — Mark, if that alone isn’t impeachable, then nothing is. Yes, begin the process."